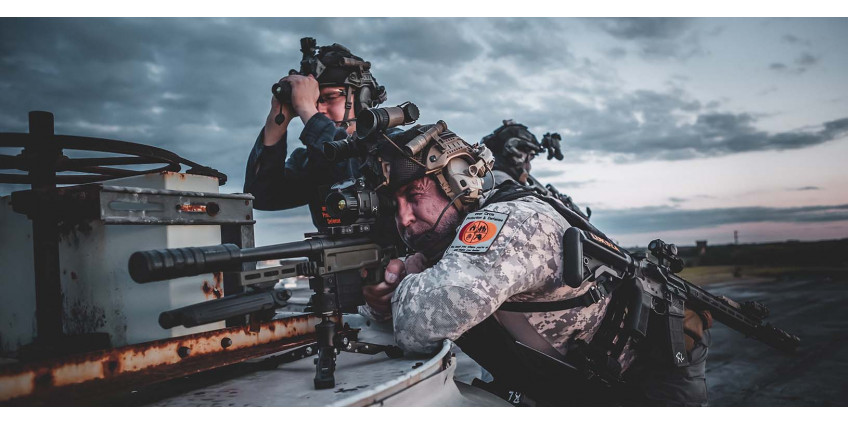 Camouflage is needed for nothing else than to make it impossible to visually distinguish people or other objects on the ground. Camo patterns are designed to reproduce as accurately as possible on the fabric of the camouflage suit details of the surrounding area. Unlike the military, hunting camouflage cannot be multipurpose; otherwise, it would be of little effect. Every camouflage suit has a narrow purpose and is only good in certain terrain, at certain times of the year and at certain times of the day. As much as we all would like it, the "fall forest" camouflage only works in the fall and only in the woods, and the "reeds" pattern is only in the reeds. In any other conditions, the user of the "wrong" one will be easy for game animals to spot. In addition, that means that if you are going to hunt at night, you need night camouflage for a particular area. However, it turns out that these are not all the parameters for choosing to clothe for night hunting.

To begin with, it must be understood that high-quality and properly chosen camouflage is designed to merge the human figure with the landscape, changing its color and "breaking" and "blurring" its outlines. The contours become asymmetrical, disproportionate, and irregular. Simply put, a man in camouflage should look like a plant, part of a swamp or a field, like a fragment of rock or a wall. In a word, as an object that poses no danger to animals.

Several parameters here determine the quality of the camouflage

Then what about camouflage at night when hunting? After all, we shouldn't forget that animals see differently than humans do. They have a different color perception and sight recognition range than humans. Unfortunately, most camouflage only distorts the silhouette of its wearer, not camouflaging it. This is enough for military purposes because it makes it difficult to aim at the wearer, but animals are not going to shoot at you. They are very likely to run away when they see something incomprehensible, especially if its shape even remotely resembles a human.

Fortunately, there are special solutions for night hunters and there are a lot of them. One of the main rules when choosing a pattern is that it should be asymmetrical as possible. It is best when the pattern is not repeated at all on the suit, because the brain of any living creature is used to search and isolate rhythmic objects.

Several kinds of camouflage pattern are convenient for hunting

·         Dissecting - based on splitting the lines of eye movement, and interfering with highlighting the silhouette of the wearer as a whole. The most versatile and at the same time quite effective.

·         Bionic - this type of camouflage is closer to disguise suits and depicts on itself the elements of the environment of the place where it is supposed to hunt. Bionic patterns allow you to achieve stunning camouflage, almost complete invisibility but do not work on some terrains.

The simplest types of camouflage are winter and night disguise. The first is designed for masking on snow. It is either pure white, or there are dark spots on the white background. The second is usually monochromatic with streaks - either black or dark gray.

Science shows that the ability of many animals to perceive color is very limited, even in sufficient light. In general, an animal's color perception during the day and at night is very limited. An animal is more likely to see your outline than the color of your clothes. Sometimes even a plaid red shirt will do. Why? Because animals see differently than humans. The easiest way to be sure of this is to think of at least one predator in brown and green blotches. Couldn't you? That's right, nature dictates its colors and patterns, which to the human eye can be illogical and ridiculous. For example, a tiger's coloring - orange with black - is perfect for hunting large ungulates, which don't distinguish red hues at all, and see the tiger as a set of green and black stripes.

For birds, an even more complicated situation exists within their vision: they can see in the ultraviolet range. And what looks like camouflage with a perfectly matched pattern to us for ducks will shine brighter than a Christmas tree, for example. Attire for such hunting should be made of materials and paints that do not reflect in the ultraviolet.

Some animals rely on their sense of smell and hearing. For example, wild boars will sense your scent long before they can see you, so if you hunt them camouflage is unlikely to help.

One more time it proves that the color of camouflage is not very important for night hunting. Much more important is the pattern of your clothing. The pattern should blend in with the terrain you hunt, and then the animals won't notice you with a greater probability.

Choose camouflage appropriate for your hunting conditions. If you're strapped for cash or you don't want to fill your closet with a dozen different suits, choose to dismember patterns, they are the most universal. Avoid white, black, and other bright spots and too many repetitive elements - the animal's eye instantly singles them out from any background.