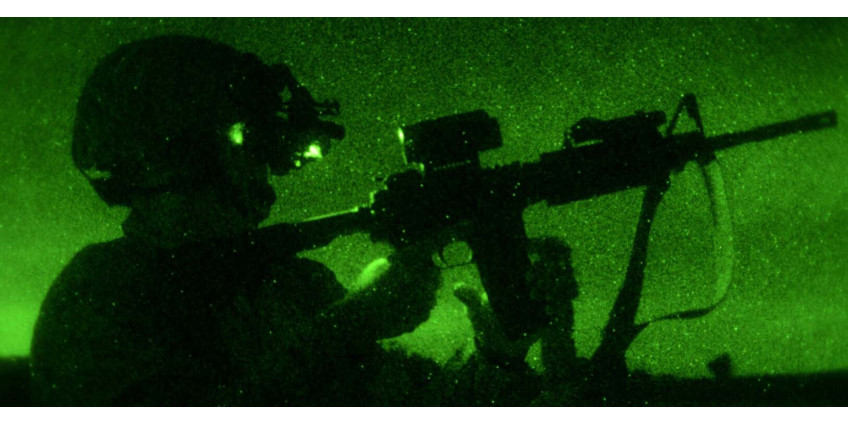 Night vision devices have become part of our life. Military, hunters, nature lovers - all of them have long understood how far these devices push the boundaries of their hobby. But, even an ordinary layman unmistakably recognizes this green image from films and video games.

If for us, ordinary people, such a specific technique has become the most common device, then you can conclude how deeply it has entered the lives of people who use them every day. Or people whose lives depend on the ability to use this device. Or from the ability to hide from him.

How does night vision technology work?

The ability to see in the darkness of the night has always excited humanity. It was fierce to watch cats, dogs, and any animal near me hunt at night. After all, they were all better guided by a lack of light than any person with the sharpest eyesight. It would seem that the task was not so difficult because it was only worth observing the cats. See how their pupils narrow and dilate, regulating the flow of light. And, repeat this mechanism, created by impeccable nature.

This problem was solved by people until the 1930s when WWII catalyzed the process of inventing a device that could give an observer an overview in low light conditions. Over time, the design was approved and has not changed to this day. And, today, night vision goggles or NV binoculars is a device that accumulates available light, amplifies it many times over, and provides a transformed image to the operator.

There is no need to change anything in the design fundamentally. Probably, we can say that the general principle is ideal, and the night vision device can only be improved by improving and developing its components. Therefore, we can talk about an established and proven method of working with advantages and disadvantages. And the most significant drawback is that the NV technique can work only in the presence of, at least a weak, light source. If the moon does not even illuminate the observation area, then the device will become useless. The disadvantages also include a flat image that does not give depth to the image.

How does camouflage work?

Regardless of what camouflage is for you, you must understand its properties and benefits. First, let's remind you: camouflage does not mean military uniform. Camouflage is elements of clothing or camouflage coloration that reduces the visibility of an object to the observer. If you put on a winter camouflage for airsoft match in the desert - it won’t become camouflage. It will be your sentence. And if you put on the same white military uniform for fighting in the winter forest, then you will dissolve against the background of the snow-covered battlefield.

This principle was not thought of until the 19th century. Well, except in Japan, ninjas wore dark brown clothing to blend in with the darkness. It was simply unnecessary since the war was fought at close range, and there was no special need to hide. But it was possible to paint a military uniform with bright colors, with epaulets and aiguillettes.

But, when serious wars with gunpowder began, distance and stealth took on incredible importance. And for the first time, on a massive scale in combat conditions, camouflage was used by the Boers during the Boer Wars. Further, during the Great War, the tradition of wearing comfortable clothing that blends with the locality became not just a tradition but a necessary condition for survival.

But, today, the rules have changed. With the advent of night vision devices, especially night vision generation 3 devices, night and day have become difficult to distinguish. The monochrome operating principle of NV devices provides the observer with a picture that contrastingly displays objects in white or, as is most often the case, in green.

Why is night vision green? Everything is straightforward. The human eye is not so tired after prolonged observation with the color green. Moreover, it can perceive a huge number of shades of green. However, the display mode when using such equipment is very different from the normal functioning of the human eye. This means that even if your military uniform matches your surroundings perfectly, your face is painted, and your helmet is covered with vegetation - you can still be easy prey for a person with a good device from a reliable night vision manufacturer.

What to do in this case? First, take advantage of the disadvantages of the device. There are not so many of them, but even the existing ones may be enough. Due to the specifics of the technology, Devices are afraid of bright light and flare, and, as we have already said, they cannot work without some light source. But, we understand that this does not sound very promising.

So let's move on to Plan B. Remember that you are not dealing with a thermal imager that captures thermal signatures at a distance. This is a device that amplifies light. And this means that, just like from the human gaze, you can try to hide, merge with the environment. For example, hiding in bushes or other vegetation, but this is not ideal either. But if you put on the correct camouflage, it will be much more difficult to detect you, with or without a night vision goggle.

But the main thing is to choose the right camouflage. And if you think that the black form will help you dissolve in the darkness of the night and hide from the night vision device - think again. It's not for nothing that we mentioned the ninja who wore dark brown clothes. It is she who merges with the darkness.

Choose one of the following colors: green-brown, brown, yellow khaki, neutral gray, olive drab, red-brown, beige, dark slate gray, charcoal, dark chestnut, fern green. It is these color options that will be optimal for action at night. But remember, they will not make you invisible, but they will greatly complicate detection.

Night surveillance is a real art that requires skill, patience, and, of course, good equipment. It's hard to say how much camouflage can save you from night vision detection. In any case, everything depends on the skills of both parties. Everything else is just auxiliary things.

Everything except a good night vision device. After all, with such a device, the night will practically not leave you any secrets.