Best Scope Magnification: How Much is Too Much? 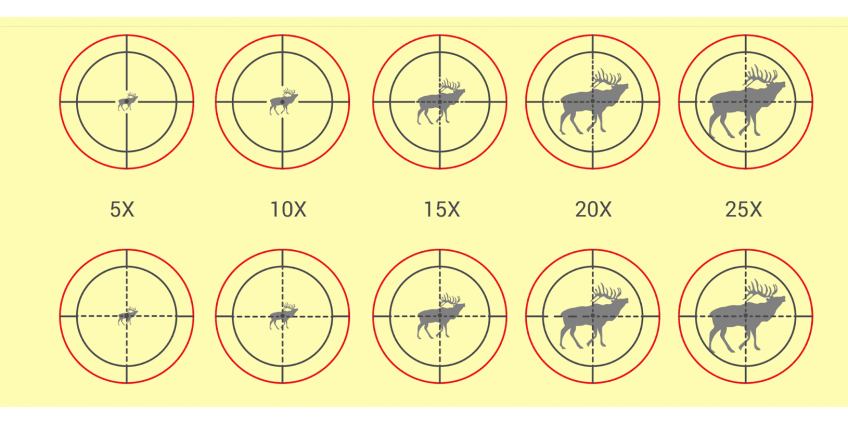 In this article we will try to talk only about magnification of the sights, not tied to the recoil power of the weapon, we will take into account the distance for which it is planned to shoot, and will consider that the power (velocity of bullet departure) of the weapon for these distances is enough. At the same time, we will consider relatively standard magnifications, most commonly found in the most popular sights.

Quite often, a novice shooter asks himself the question: "Which sight to choose so as not to miss with the magnification?".

Let's look at the multiple sights and what they are like.

Some novice shooters may have a very logical question: "Why do you need it then?". The answer is simple enough, and succinctly we can say that in this case it is not in the increase of happiness. So, telescopic sights with 1x magnification actually exist. But such sights have an adjustable range of magnification, which is from 1x to 4x.

Such sights, as a rule, differ in small diameter of the front lens. All this is done in order to achieve compact size of the sights and reduce their weight. With such a lens the magnification over 5-6 times would be unjustified, as the picture will inevitably become dark, blurred. The magnification of such optics implies shooting at short distances (~50m). When shooting at large targets, the distances can also be large. In contrast to collimators, these sights often have a net of "stump" type (of course, there are others). Such grids are not installed on collimators, so the telescopic sights with small magnification allow making corrections depending on the shooting conditions, knowing the size of the point or the distance to the "hemp". This is the main advantage of the low magnification telescopic sight over collimator sights.

As a rule, sights with such range of magnification have already somewhat bigger diameter of front lens, namely 32 mm. So, at the maximum magnification the diameter of the output pupil of such sights will be about 4,5 mm, i.e. in cloudy weather such sights should give a rather relative picture. Often these sights are installed on the air when shooting at the distance of 30-60m. Besides, it should be noted that these sights are considered to be the most resistant to recoil from the PPV (Spring-Piston Pneumatics). Since these increases, manufacturers of sights already establish the most various grids: 30/30, Mil-Dot (and its variations), a cross with a point, the developed grids that gives the chance to use sights with such increases for more various purposes.

Sights with such range of magnification can be considered the most common and popular. Shooters often shoot at the distance from 80m and as a rule their favourite magnification is 8x, which is quietly set on sights with specified magnification range. All other zoom options for these shooters are as if "just in case". Firearm shooters are also interested in these sights and are usually installed for hunting. Due to the relatively large size of the game these sights can also be fired at 200m.

Such sights are often in demand among shooters with pneumatic guns, but also shooters with firearms are more interested in them. The purpose of such sights is something intermediate between shooting on "paper" and shooting on a larger target. However, it is common to see shooters' opinions that 8x or 10x magnification is still the most commonly used. Extreme magnification values are used much less frequently.

Typically, such sights are more often interested in shooters with rifled guns for shooting at a distance of 300-500m. But there are also owners of powerful pneumatic guns, which are very convenient to work with the same optics. Diameter of the front lens in such sights is from 40 mm to 56 mm. Often sights with such multiplicity have a tube diameter of 30mm. All this means that the sights are used for firing from powerful weapons, and, accordingly, for long distances.

Sights with magnification over 24x

These sights are much rarer, because they are used by a narrower range of shooters. This is due to the fact that at large magnifications a good manufacturer pays increased attention to the quality of both optical and mechanical parts of the sight. At 40x magnification, for example, it is important to pay attention to the quality of optical illumination to improve the brightness of the picture. The diameter of the front lens should be at least 50mm, otherwise the image will be quite dark. Since such sights assume the use of a powerful firearm for shooting at distances of 700m, 800m, 1000m+, the mechanical part (recoil compensators, wrapping system locks, mesh technology, etc.) should also be at a high level. Of course, such sights also have corresponding value. Though on the market there are also variants, where the cost of the sights with the specified parameters can be 100-150 pcs. units. In these cases the manufacturer makes a compromise in order to make optics inexpensive and of high quality, satisfying the widest range of consumers. Such sights can also withstand the recoil of PPV at a sufficiently large calibre.

Sights with constant multiplicity of 8x or 10x

These sights are considered the most reliable, from the point of view of mechanics, and the most qualitative in terms of image.

From the mechanical point of view reliability is obvious, for example, due to the fact that there are no unnecessary moving parts, i.e. fewer knots, which can "loosen".

On the optical side - such sights, as a rule, are much lighter. In addition, sights with constant multiplicity have a wider field of view. For example, if you take such two sights:

and set the first increase by 10x, then (with other equal parameters, such as enlightenment, type of glass, etc.) at the second sight (10x50) the picture will be lighter, and "coverage" will be wider.

As a rule, sights with constant multiplicity are used for shooting at short distances (80-100m) or middle distances under the condition of shooting at big game (200-300m).

Let's try to figure out what information is contained in the name of the sight. For example, we can see the numbers 4-16x50 - what is this set of numbers in general.

The first digits of 4-16x are multiplicity, that is, how many times the sight increases. If it is written in the form of 4x - it is a sight with constant multiplicity, and if 4-16x - it is a variable one.

What does this parameter mean?

Roughly speaking, you sat on the edge of the forest and looked at the ruler on the outstretched arm. Suddenly, a bear came out on the opposite side of the edge and you saw it next to the ruler. The bear turned out to be the same size as the 1 cm section. And now, if you take the sight with the multiplicity of 4, you will see the bear as if it was 4 cm in size. The bear is four times the size of the bear. On sights with variable multiplicity you can twist a special ring and the bear will be even bigger. For example, for a 4-16x scope you can twist the multiplicity up to 16 times bigger.

But if you look into the sight, having twisted the multiplicity to the maximum, and the bear continues to increase, it is better to leave this edge :).

Next to the "x" is the number, in this case 50. This means that the diameter of the lens (i.e. the front sight lens) is 50 mm. The smallest sights have a diameter of 15 mm, and some of the biggest ones have a diameter of 56 mm. What will this parameter tell us about? First of all, about the image quality. The bigger the lens - the more light enters it and the better the image, especially at dusk. Some novices think that the bigger the lens, the greater the angle of view. Well, the pipe is wider, so we'll see more in it. But that's not true at all. The angle of view depends on the magnification. Less multiplicity is more angle, more multiplicity is less angle. And the diameter of the lens is just about the quality of the picture. Then why aren’t all sights have huge lenses? And who wants to carry a big and heavy sight, especially if he does not plan to hunt at dusk. 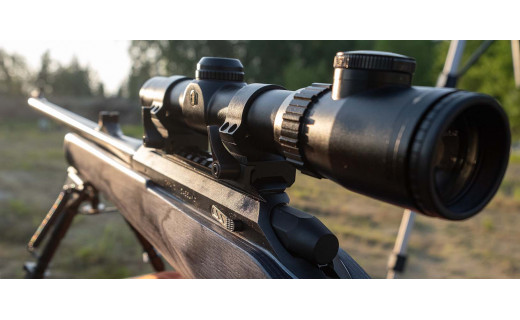 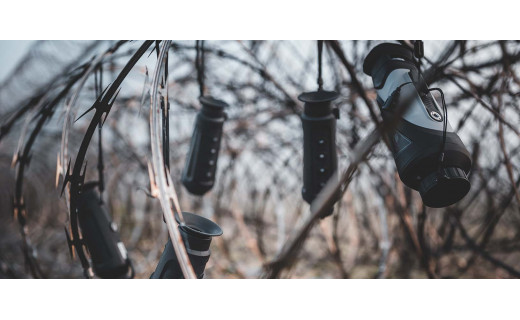 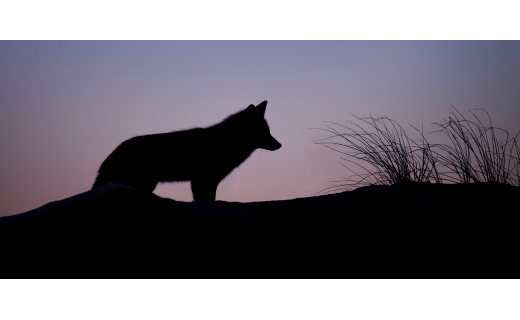 In this article we review the 4 best sights for hunting coyotes. And we also tell you what equipment is best to take with you on a dangerous hunting t.. 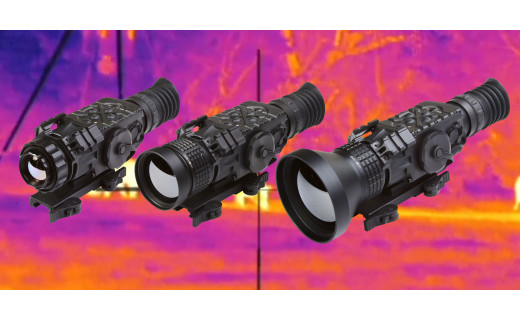 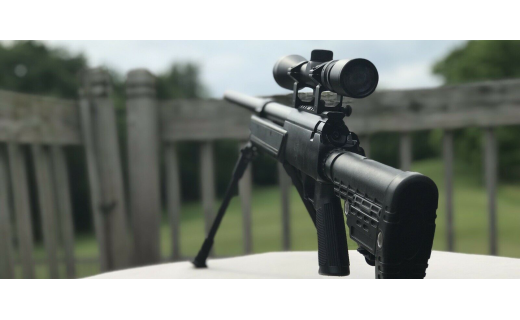