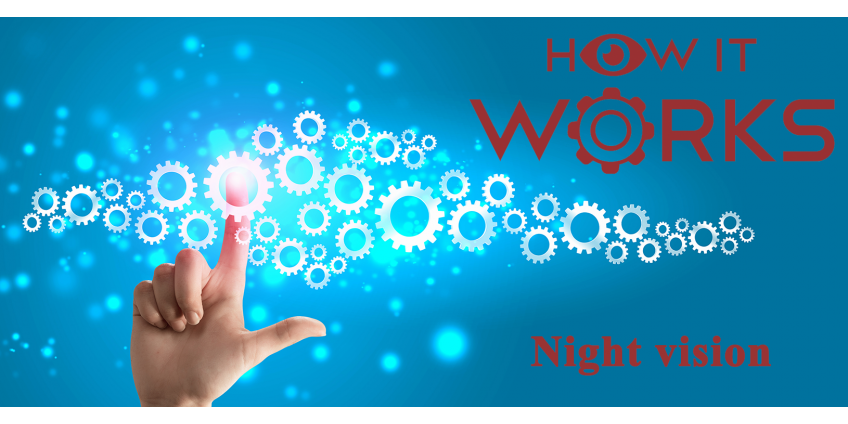 Night Vision has become a popular discussion point and search in recent years, due to ability to allow users to see at night. Polarized between the advantages shown through Hollywood, and utilization used in the military, there is a mystique surrounding Night Vision on what it’s capabilities are, advantage it offers, and the variances between the different generations of quality. The main difference between night vision and thermal imaging is that night vision amplifies ambient light that may not be visible to the naked eye whereas thermal imaging amplifies heat. For the purpose of this article, we are going to focus on what night vision is, how it works and how night vision varies from thermal imaging.

Night Vision amplifies ambient light that may not be visible to the naked eye, and allows you to see in darkness. Night vision is broken down into multiple generations, each offering a higher level of performance (ranging from Gen1 – Gen3, as well as Digital Night Vision). Night Vision technology uses various types of image intensifier tubes that convert weak light from the visible and near-infrared spectrum to visible light detectable by a human eye. Allowing people to see in semi dark or full darkness with the help of IR illumination or ambient light.Night Vision amplifies this ambient light by passing through electron chargedintensifier tubes.  All night vision devices are very sensitive to light, and are possible to damage by exposing to sunlight, headlights from cars, or from too much direct light.

Night Vision capabilities do range from the generation of the device, the quality of the tube within the unit, as well as the overall capabilities of the device itself. Night Vision comes in monoculars, goggles / helmet mounted, binoculars, and weapons mounted. Typically, all goggles/helmet mounted units will be offered only in a 1x magnification (same as your naked eye). Reason for this is that if you are walking or driving a vehicle, your depth perception is not altered by the added magnification. Monoculars, binoculars and weapons mountable all are available in multiple magnifications;however, 5x or 7x are typically the highest magnifications offered. This is attributed to each increase in magnification, an additional magnified glass lens is stacked in front of the tube assembly. Since night vision is relying on how much ambient light can be collected at a given distance, each additional lens (magnification) means that less light is able to pass through to the intensifier tube. There is a ceiling of around 5-7x which is the highest magnification you can collect enough light to see objects at their ultimate distance. Weapons Mountable night vision continues to grow in popularity, namely to the rise of wild hogs and to varmint hunting. Since both coyotes and pigs are nocturnal and active at night, use of night vision in the field has been a game changer in detecting, identifying and harvesting these animals.

The key difference between the night vision generations is the intensifier technology. Gen1 was first developed in the Vietnam area, and is recognized as the now entry level into night vision devices. Gen1 devices use an intensifier tube that amplifies ambient light by accelerating electrons and striking a green phosphor surface (just like a television).Gen1 used under optimal conditions give you 75-100 yds visibility. Gen2 devices have added a micro-channel plate that multiplies the number of electrons before they make contact on the phosphor screen (thus increasing clarity, quality and brightness). Gen2 devices can come in white or green phosphor variants. The white phosphor typically run more, as they provide enhanced clarity, as well as lower eye fatigue. Gen2 devices under optical conditions can expect visibility in 150-200 yds. Gen3 is currently what the US Military uses andhave added a Gallium Arsenide photocathode which creates significantly more photoelectrons than Gen2 devices andis more efficient at amplifying existing light or IR illumination. Gen3 devices are significantly brighter and better in optical clarity than other generations and under optimal conditions allow visibility out to 350-400 yds. Lastly, Digital Night Vision was released in the early 2000’s, as it plays on same principal as your NV modes on digital cameras. Digital NV uses CCD (charged coupling devices) to process light prior to sending to an LCD (liquid crystal display) image. Utilizing this technology, Digital NV is not damaged by large amount of natural light and are able to be used in both night and day. As with most technology Digital NV has offered a significant bang for your buck, as it is typically cost comparative to Gen1 devices, but offers resolution and clarity of a Gen2 device.

Ultimately the best solution comes down to how you will use the device and what are the features you desire most. Thermal is best used for detection purposes, as you can quickly and easily notice objects that are otherwise hidden from view. Night vision since used as an optical system is a significantly clearer image and allows you to see all areas in night such as holes in the ground, brush, etc. and is truly like turning on the lights. Both of these technologies are a true asset to have with you while hunting at night.

You can find more information about night vision here:
How do night vision cameras work?
How Does Night Vision Work?
In our store