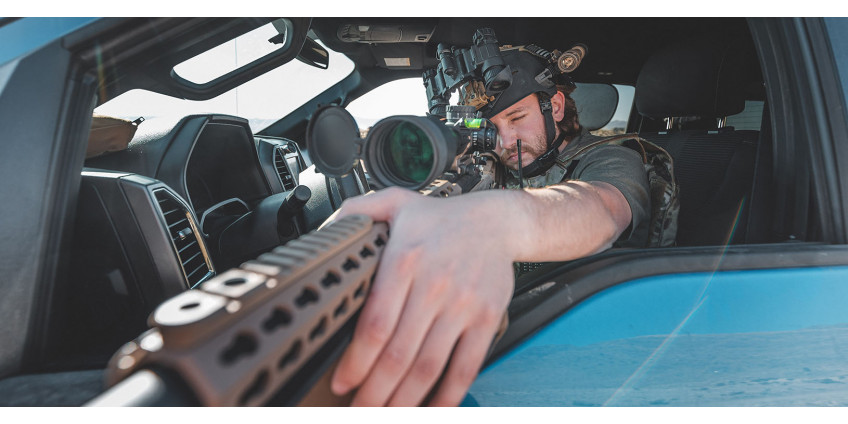 Sights of various types are widely used in multiple fields of activity. They help protect the state's borders, neutralize dangerous criminals, protect essential objects, and hunt large and small animals. Each model of such optics has a unique marking. If you know how to decipher it, you can significantly simplify choosing a sight and quickly find the most suitable product for yourself.

How does the scope work?

Rifle scopes are a big focus of various optical instrument manufacturers these days. These products are compact metal tubes. Inside, there are several lenses. This design is standard, and on its basis, all existing types of sights are created.

The principle of operation of any sight is based on capturing light by the device, the source of which can be the Sun, the Moon, and various devices created by man (for example, lamps). Rays falling on any living or inanimate object are reflected and visible to optics. Particles of light emanating from the observed object inevitably fall into the lens. The latter is a massive lens to which manufacturers often apply a special coating. It has a special composition that helps to capture the maximum amount of light and reduce the likelihood of any defects (for example, glare).

After the lens, the light passes through the lenses installed inside the scope. They create an inverted image of the observed object and improve its quality. The sight provides the so-called erector system to return the picture to the desired position. It includes two lenses with which the image is flipped. Also, the erector system helps to adjust the location of the reticle used to simplify the aiming process.

All scopes have a specific magnification. With it, shooters can better view the target and choose the optimal point of the shot. The erector system is responsible for this function of sight. After the user performs simple manipulations, its lenses move along exceptional guides, moving away or approaching each other. The degree of magnification of the image depends on its location. The larger the distance between the lenses becomes, the stronger the magnification. It should be noted that the reticle remains fixed and does not change its size.

In the final stage, the light passes through the eyepiece lenses. They focus on the image and make it visible to the scope owner.

Any sight produced has its marking. It tells the potential buyer about the device's features and characteristics and helps to understand its capabilities better. To know all this information in advance, you need to study the standard designations that manufacturers indicate in the name of their products.

Sights from different manufacturers have standard markings. It consists of two sets of numbers separated by an "x" in most cases. Also, the name of the optical device may contain additional symbols indicating that the sight belongs to a specific type of product.

Two standard numbers and the ability to calculate the diameter of the exit pupil are available to the buyer on any sight. However, in some cases, manufacturers indicate some additional parameters. This is done to distinguish your products from the general mass and provide the future owner of optics with more information.

The most common additional designations are:

Modern models of scopes often have many additional features. They help shooters to aim better and make the most accurate shots. Each of these options has its index, which is usually written in the name of the optical device.

All sights produced today have a specific marking, consisting of numbers and letters. All these symbols carry information about the characteristics and features of each model of optics. Knowing their values, it is possible to determine the practicality of its purchase and the possibility of using it to achieve specific goals by one name of the product.