What caliber rifle to hunt deer 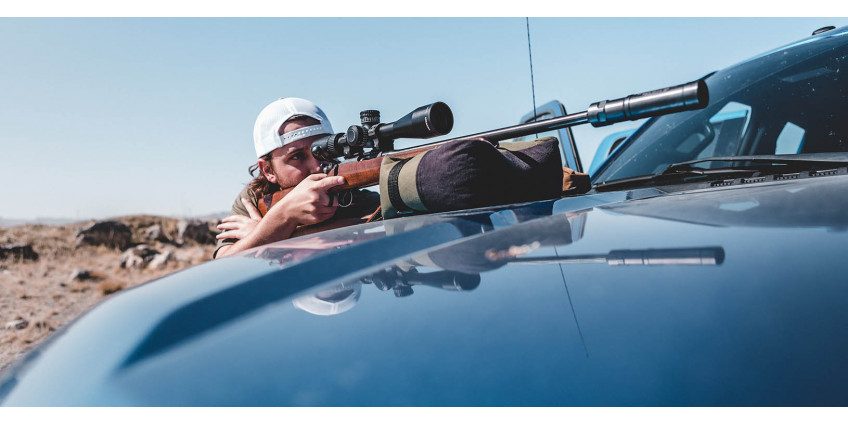 Let's be honest, how many people have so many opinions. How many hunters, so many supporters of weapons of different kinds. And the modern market gives us a lot of new modernized rifles, in fact, of the same purpose. What do we mean? Namely, what will be said in this article today? We will try to consider different viewpoints on a caliber best used for deer hunting. It is worth noting that in the final part of the article, you will not find a specific name or a specific model of weapons. We only describe the best options according to already experienced hunters. And each of them will say that that gun is better than the other because of specific criteria. And again, everyone has their priority. And before we move on to specific names, let's try to understand what a caliber is?

All small arms by barrel channel are divided into a threaded, which has in the channel of the barrel a screw cut, designed to provide the ball during the flight of rotational motion, and a smoothbore, which has no slicing in the barrel. In the first case, the caliber is measured in inches. The question is, how are these indicators determined? The distance between opposite incisions – is usually measured by the largest diameter of the barrel cavity. This is our indicator. Caliber smoothbore rifles from 4- to 32-th are indicated by the number of spherical balls cast from one English trade pound of lead. If 12 spherical balls come out of a pound of lead, the gun will be 12 calibers, etc. It is also important to emphasize that the advantage of a threaded weapon is that the shot made from such a rifle is more stable than a smoothbore. Due to inertia, it is more likely that it will hit the target. Let's draw an analogy with the top. If she is calm, she will always fall to one side. But if you twist it, it has a stable traffic trajectory when it is in motion. These are the benefits that are worth paying attention to. But this means that, with almost any gun, you can get the desired result and go home with a trophy. The only thing we are guided by in such cases is that we try to provide a lighter life with a quick result to avoid wandering the forest to find a wounded animal and thus ensure the rapid death of deer. The following characteristics should be considered when choosing the caliber of the rifle: size and weight of the ball, speed, accuracy, kinetic energy, and recoil. Now let's move on to specific examples. And to begin with, we would like to suggest that we consider the options for rifles for some of the most popular companies involved in the manufacture of weapons: Winchester and Remington. After all, for several generations, they have been reliable partners of hunters.

The .243 Winchester – is a good option for beginners or young arrows because it has not a strong return but a reinforced flat small cartridge that hits precisely the target even after short workouts.

The .270 Winchester –Extremely accurate, incredible kills, long-range capabilities, manifest recoil, incredible variety, and ready availability of ammunition are its long list of the attribute. It is available in bolt action, pump, semi-auto, and even lever-action rifles.

30-30 Winchester – the cartridge used for such a rifle has a slight return even when using bullets weighing 160 grains, but this option is used purely for melee.

308 Winchester - is one of the most popular calibers round, and there are plenty of reasons. Accuracy, long-range capabilities, good knock-down, manifest recoil. The 308 is available in a bolt, pump, lever, single-shot, and semi-auto rifles.

The .300 Winchester Magnum – is considered a classic deer hunting rifle because, due to its parameters, it maintains a balance between accuracy, speed, and knocking downforce.

.338 Winchester Magnum – a rifle worth looking at. A sporty universal option is suitable for hunting elk, bear, deer, or antelope.

222 Remington – this gun is often used for deer hunting. Only recommend it to use arrows already more experienced, which take into account all the advantages and disadvantages of light balls.

223 Remington – if you choose this option, you must remember that you must be very careful when choosing a ball for it. After all, this rifle is used for short-distance firing.

25-06 Remington is a classic that has proven to be a reliable helper when hunting deer because it has a weak return and has long-range capabilities.

The 280 Remington Pump has never been popular with hunters, although many have emphasized that it has better ballistic abilities than the 270. In turn, it can be shaken mainly by its large variety of ammunition, which makes it still attractive to buyers.

300 Remington Ultra Magnum is the latest option we will consider from the category of rifles "Remington. He is said to be a genuinely reliable rifle in deer hunting. After all, only one shot is enough for the animal to lie on the ground. Probably because he has a strong return, he falls into the category of "amateur. Also, its unattractive feature is the lack of significant variability of ammunition.

Now, look at a few more rifles that can be used when hunting deer.

204 Ruger is a very sporty option and now try to explain why. It packs if you are ill-informed about weapons and a newcomer to the case. So, on the one hand, in the store, you will be told that this is precisely what you need. After all, in the case of a hit shot, the quick death of the animal is provided, and it also has a slight return. With these benefits, there will be those who will not recommend Ruger because of the lightness of the bullets, which can play an evil joke on you.

257 Roberts is an excellent caliber for deer hunting, although not very supportive. Limited support of readily available practice ammo is a shortfall.

6.5 Grendel. Even though it is usually used for boar hunting, this company has recently offered more and more options for cartridges and other parameters that are inclined to try while hunting deer.

6.5 Creedmoor caliber, which has been in demand recently, especially for the presence of those benefits paid attention to in general when choosing weapons for deer hunting. Namely, easy return: You can shoot from a long distance, and the main hits the target precisely.

As we said, in the final, we will not point to a specific leader because the rifle – is an individual case. It's almost like choosing shoes. But this requires a lot of attention and some experience to identify your favorite.

During your hunting fees, you should always consider many things you will use in a rather uncomfortable environment. It is impossible to say that the rifle solves everything; this is the first thing you must take with you. But it is unlikely that the desired result will be if you are irresponsible about this case. If you are a beginner, do not sing to buy for each season on a gun to find the same. There is no need to do that. There are unique shops where you can rent a rifle, test it and decide which is the same. Of course, it's cool if you hunt not one. You have a mentor who can share with you not only his gun but also his experience. It shows what moments during the hunt it is important to pay attention to. That's all. We wish you good trophies.