What Is the Best Flashlight for Hunting at Night? 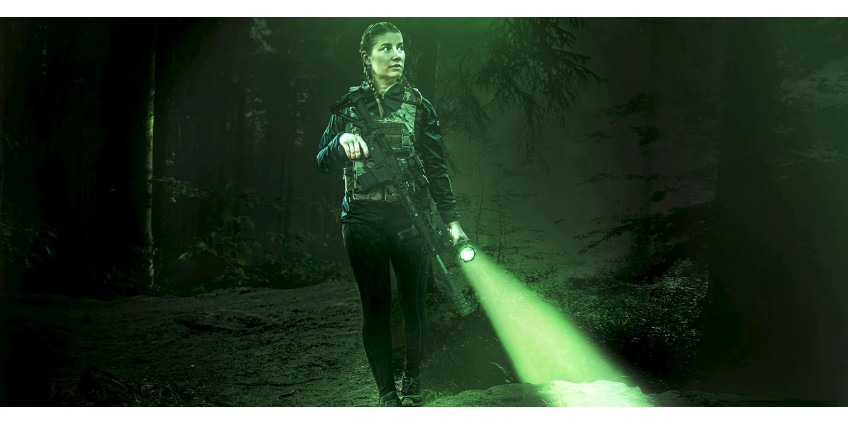 Endless open spaces, fresh air, recreation in nature... What could be better? In recent decades, life has gained such a frantic pace that there is less and less time left for oneself or relaxation. The everyday urban rhythm of life does not allow you to take a deep breath and relax. That is why many people find an extracurricular activity that pleases them and will enable them to distract themselves from everyday worries. It can be drawing, pottery, equestrian sports, dancing, etc. The main thing is to do what you like because only such an activity will honestly fill you with energy and give you a sea of ​​positive impressions.

Not only classical classes can be considered a hobby. Yes, most people expect hobbies that do not require much effort or time. Some even consider walking around the city or reading as their hobby. However, there are absolute extremes, people looking for exciting activities for their free time and not afraid of the difficulties they may encounter during their workouts. These include hunting. Hunting has already become an integral part of the culture of any society. Yes, earlier, this industry was engaged to survive and have a means of livelihood, but today the situation is entirely different. Hunting is done at any time of the year, with other goals and equipment. Such a jump in the development of this type of activity is primarily related to new inventions of humanity, which simplified people's lives and helped to focus more on the prey than on the process of preparing for hunting.

Improvements in the equipment systems used by hunters began as early as the 16th century when people started using firearms and scoped weapons for hunting prey. In this way, it was no longer necessary to use the vast spears used by primitive people and to approach the animal at a close distance to aim. All subsequent improvements to weapons and hunting applications are safety measures for the hunter since their primary purpose is to help the hunter either see better or seek better. One of these devices is a night vision device. The beginning of their active use is associated with the end of the 19th – the beginning of the 20th century. At first, they were used only by the military for their needs. Still, later the price of such devices decreased due to the cheaper materials for their manufacture, and people of various professions began to use them. Such devices have become more accessible and for their use for hunting. We will continue to talk about night vision devices, the types of lights used during hunting, and their valuable properties.

Any hunter should have equipment in his arsenal to help him achieve results and stay safe. During regular hunting, such attributes are weapons, unique clothing, baits, traps for animals, etc. However, the situation becomes completely different when a hunter hunts in the dark. When hunting at night, it is essential to observe safety rules because visibility becomes lower, and it becomes more challenging to achieve the result of the hunt. However, using the right equipment makes things much more manageable. These are devices whose primary purpose is a visualization of the situation in the area, which helps hunters see better in the dark. Therefore, night vision lights are an integral attribute of night hunting. Naturally, the first lanterns that come to mind are the usual small lanterns used by every average person who needs night lighting. However, this is not the only type of night light used by hunters during hunting. The types of such lanterns are described in more detail below.

An ordinary flashlight is a must-have for any hunter. There are situations when you need to take out a flashlight and illuminate the area quickly; getting a flashlight simultaneously is the easiest option. There are two types of flashlights - colored light and white light. Each morning has its purpose and, accordingly, use. So, the priority for using colored light, red or green, is when the hunter wants to remain unnoticed. The fact is that animals do not perceive such lighting in the same way as humans perceive it. They see it as gray, and at night it allows the hunter to be nearby and remain unnoticed. However, there are situations when the use of white light is mandatory. So, for example, if a hunter needs to see the problem in the area clearly, then white light is the best option. However, colored light allows the eye to adapt to the nighttime and relax the retina quickly. In any case, using a hand-held flashlight is an advantage because it is available for purchase at any point, is compact, and does not require training to use. That is why it is so popular not only among hunters but also among representatives of other professions.

There are situations where the use of a flashlight is not effective or efficient in a particular case. It is appropriate to use a flashlight at close range to improve visibility. However, a flashlight already mounted on the weapon or attached to it can help for hunting purposes. What is its advantage over an ordinary lantern? Using such a flashlight, the hunter sees his target better and has a better chance of hitting it. In addition, if the flashlight is available directly on the weapon, then there is no need to use the other hand to hold the flashlight. Such lights are quite popular among those users who do not use thermal imaging devices since the presence of the latter eliminates the need for lights on weapons. However, the hunter's best option is to use a combination of hand-held and weapon-mounted light, as the field of view of the latter is much smaller. To not move the weapon to the target that needs to be tracked every time, you need to have an ordinary flashlight in your arsenal, which will help you more clearly navigate the terrain.

One of the least used but useful lights is the headlight. It is primarily light, so it does not cause discomfort during use. Using such a flashlight is the prerogative of those hunters for whom it is essential to keep both hands free from other things. Very often, you need to free both hands at once to perform tasks more efficiently. Therefore, using this flashlight in some situations is an absolute necessity.

Recently, unique lanterns have been used - lanterns placed on animal feeders. It is very effective, as many animals that see food react to it and go straight to the hunter. The lights attached to such feeders allow the hunter to know when an animal has come to it and to aim accurately. Also, such lights often work as surveillance cameras. The fact is that hunters sometimes mount them in front of the feeder so that the entire area is visible. Thus, an animal that finds such a feeder will be under the hunter's watchful eye from the beginning of its movement. At the same time, it is essential to maintain a distance between the animal and the hunter so that the latter remains out of sight.

The blood trail light is the last type of light used for night hunting. Its action illuminates the areas on the surface where the wounded animal was and makes visible the blood stains that it leaves behind. However, the properties of this flashlight should not be confused with those of thermal imagers. The latter, scanning the area, detects traces of various objects and broadcasts their image on the picture. In addition, thermal imagers are more accurate because they allow you to establish which spots are on the surface. Unfortunately, a flashlight with a blood tracker does not always distinguish the blood of an animal and ordinary red spots on the ground from paint or other substances. Using these lights during night hunting will be an excellent attribute for achieving hunting goals if the animal is already wounded and it is necessary to find it by tracks. However, using this flashlight with other devices will ensure maximum efficiency in this task.

What is the best color light to not spook animals?

During the hunt, it is essential to observe the rules of hunting and not disturb other animals' peace. It is also necessary to use permitted types of weapons and hunting methods. Almost all governments in the world prohibit the use of firearms without a special permit—the requirement to use proper lighting while hunting is on par with these requirements. So, when hunting at night, it is recommended to use red or green lighting. These types of lighting are perceived by animals as a gray color and therefore do not disturb them at night. At the same time, the hunter will remain unnoticed during the hunt. The use of green or red colors when hunting also depends on the type of animal it is aimed at. So, for example, pigs perceive green better, so its use during hunting will not cause discomfort. Instead, when hunting coyotes, it is better to use red because they perceive it as gray, their natural color.

So, during night hunting, it is necessary to be prepared for various unforeseen situations. It is crucial to have complete equipment and use it correctly. Such equipment varies depending on the time of its management, as lighting conditions change and certain visual obstacles appear during night hunting. The use of night vision devices, in this case, is mandatory. Therefore, every hunter should have a flashlight with him, which will allow him to navigate the terrain better and help protect him from possible negative consequences. It is crucial to choose the flashlight that will perform its functions on the hunt as effectively as possible and create favorable conditions for the hunter. The right choice of a flashlight, in combination with the skill of the hunter, is the key to a successful hunt.