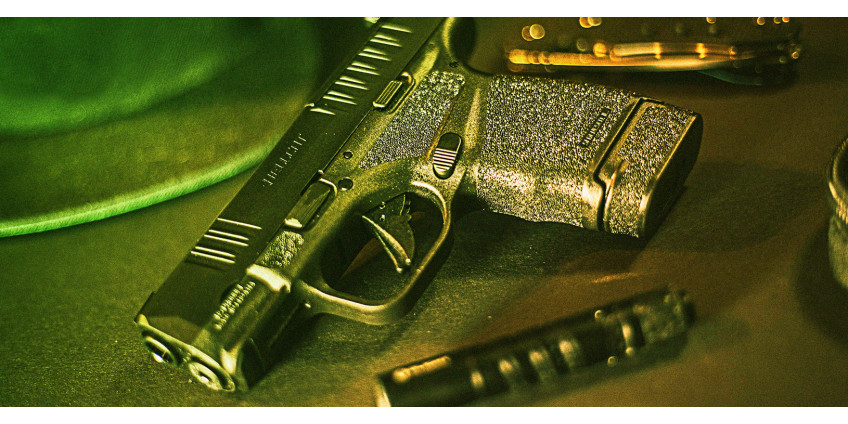 Starting from the early stages of the development of humanity and all living things, social groups of different world countries sought to establish themselves in their territory and expand their borders. This required considerable effort and military skill, as not all disputes could be settled peacefully. Thus, the great resettlement of peoples led to the selection of the ethnic territory of one population by the settlement of other inhabitants and its development by them. Many famous battles, which took place under the slogan of justice and peace, were a cover for the usurping policy of the leaders. If we recall the conquering campaigns of Napoleon or Alexander the Great, they both pursued the goal of territorial expansion and obtaining power in the territory of other states. They succeeded because they possessed excellent leadership skills and knew the strategies and tactics of warfare. A new page in the history of the whole world became the First and Second World Wars, resulting in the decline of former states and the creation of new ones. At the cost of many human sacrifices, a compromise was reached during the subsequent redistribution of territories between the world countries. And this story continues to this day, although, in the 21st century, the settlement of territorial or other disputes by peaceful means, or at least without lethal weapons, becomes apparent.

Using a specific type of uniform in every war is essential since combat operations must be conducted by international rules established in the 20th century by the world's leading states. Thus, a well-known complex of such instructions is contained in such a law, called "Hague Law." This volume is entirely devoted to issues related to the rules and customs of warfare. It regulates techniques, tricks, and tactics that the military can use during various operations and how to behave on the battlefield. In addition, a separate section covers the issue of handling weapons and what types are allowed to be used. For example, it is forbidden to use nuclear weapons, or those with a fragmentation mechanism of action, tear gas, and dangerous chemical weapons. All this was done to minimize negative consequences as a result of military actions and to prevent numerous manifestations of lethality. Why do many countries not comply with their obligations despite all prescribed laws and customs of warfare? The question remains open for further research. However, leading experts in the field of military art hope that international humanitarian law will function exactly as expected by international organizations and signatory states of various conventions in the future.

Developing the topic of weapons, which will be the further subject of our research, it is essential to note that European and world societies have long moved to the idea of ​​using non-lethal weapons. Humanization of all processes that occur both within the state and outside its borders contributes to establishing a person as the highest value in the social hierarchy. Indeed, a person's life is the most important phenomenon that is given only once and cannot be taken away just like that. That is why the legal regulation of more humane conduct of military operations and prevention of all kinds of violence has intensified in the last century. This topic organically grew into a further study of the types and mechanisms of using non-lethal weapons, which are widely distributed in the USA and on the European continent. These types of weapons and their properties will be discussed further.

Let's start by defining the concept of non-lethal weapons. This type of weapon involves avoiding the occurrence of a fatal consequence after its use. Its primary purpose is only to neutralize the enemy and to cause specific physical injuries that are not dangerous to life or health. Popularization and active discussion of the principles of use and properties of this type of weaponry began after the Second World War when states realized that the loss of human resources led to the impossibility of fully restoring the primary industries and the pre-war state of affairs in general. Also, this weapon is used to destroy living organisms and equipment in particular. As a rule, non-lethal weapons are widely used by law enforcement agencies, namely during the suppression of violators of public order. It is used after a warning and only in cases expressly provided for by law.

The first type of such a weapon is a traumatic weapon. The name suggests that only injuries are caused by this type of weapon, but not fatal. Usually, we are talking about special bullets that are made of rubber or other material than metal, which pierce the enemy's skin. Active users of this type are employees of the police or other law enforcement agencies.

The next type is electric shock devices. Their operation is based on the effect of electric current through the human body, but with a small force. That is, such transmission will not lead to large-scale damage to health but will only cause a spasm in the corresponding body part. It is noteworthy that it is allowed to use stun guns with a power of up to 8-10 W, but this is only for law enforcement officers. The civilian population is permitted to use devices with a capacity of up to 3 W for self-defense and only in the presence of special technical documentation.

Sound weapons are another type of non-lethal type. The principle of its action consists in allocating high ultrasonic frequencies, which affect the auricle and sometimes paralyze the recipient for a certain period. It also has its subspecies, such as long-range sonic weapons, the range of which allows you to influence crowds of people and eliminate disorder on the streets. Another subspecies is the so-called point sound weapon, which can substantially affect people's hearing organs. It is used much less often and only in extreme cases since its impressive properties are dangerous for the human body.

Laser weapons are also one of the types of non-lethal weapons, the use of which is strictly regulated by the legislation of various countries. Yes, it is forbidden to use such a weapon that completely blinds a person and affects vision by 75 percent or more. Laser weapons are permitted only to disorient the enemy and cause the desired effect for short periods.

Another used type of weapon that does not produce lethal consequences is tear gas as a chemical mechanism. The use of this type is characterized by increased retina sensitivity to the external environment, as it irritates the external outer mucous membranes. Any body parts that came into direct contact with the indicated type of weapon can be damaged. It can be the organs of hearing, smell, skin, etc.

Water weapons are also a type of non-lethal device. It is the last one on this list because it does not pose a significant danger to people due to the lack of prickly or cutting properties. In addition, it is rarely used in winter due to impracticality and lack of urgent need for it. At this time of the year, this is a dangerous type of weapon since its direct use can cause frostbite in parts of the body and the impossibility of their regeneration naturally.

Therefore, all these types are used to quell spontaneous manifestations of disorder in society and to discredit the enemy for a specific time. Users of this type of weapon belong to a clearly defined circle of persons with a special permit and appropriate authority to use the specified type of uniform. The rules of using such mechanisms and the expediency of their use must be studied in advance to prevent unplanned or careless actions toward other people.

Law restrictions on non-lethal weapon weapons in the US

As mentioned earlier, the issue of the use of non-lethal weapons is regulated in detail in the USA and other European countries. So, in the USA, the spheres of use of this type of weapon and the methods that can be used during speciparticulars of operations with it are prescribed. For example, it is allowed to use such weapons to protect critical infrastructure facilities, ports, and other strategic points. In addition, this list also includes the escort of humanitarian aid units or headquarters, checkpoints, and convoys.

When using non-lethal weapons, it is imperative to emphasize the possibility of returning things to their original state to prevent harmful consequences. Deliberate violation of this prohibition is punishable by deprivation of liberty, as this act presupposes the presence of direct intent.

Also, in the USA, there is a unique training program for this type of weapon, and the person must pass the appropriate exams at the end of the training. And the production and use of each of its varieties go through many stages of verification and adjustment before the first copy is released. Legal regulation of this field began at the end of the 20th century and continues to this day, as this field is constantly developing and requires an adequate response to the challenges offered by modern society.

Law restrictions on a non-lethal weapon in Europe

A comparative analysis of the two legislation systems made it possible to determine the presence of many standard features in the legal regulation of the specified type of activity in European countries and the USA. All legal systems focus on minimizing the negative impact of the specified type of weapon on innocent people and strengthening the criteria for the permit system. In addition, Europe annually revises the list of the kinds of such weapons, and each time certain restrictions are set for each of them. The process of humanization is inherent in this field in particular because there have been numerous cases of causing careless deaths due to the inappropriate use of such weapons. That is why a special commission was created in Europe to consider issues related to manufacturing, storage, carrying, and using lethal weapons and ways to resolve potential conflicts. More than 50 cases involving the civilian population and representatives of law enforcement agencies are pending before it. Also, the legislation of European countries regulates the further directions of improvement of the specified industry and the rules for the operation of finished products. This is done so that newer technologies become more usable and do not cause undue harm to users.

Summarizing the above, it should be noted that the issue of correct and humane warfare gained its relevance even after the First World War and developed after the Second World War as a result of understanding the possible catastrophic consequences of not regulating this sphere of activity. Hague law, explicitly created to handle the possible means and methods of waging war, must be implemented in every possible manifestation of an armed conflict that can happen at any time and with any state. The use of non-lethal weapons is intended to contribute to the humanization of military operations and bring each state's society to a new level of progressive development.