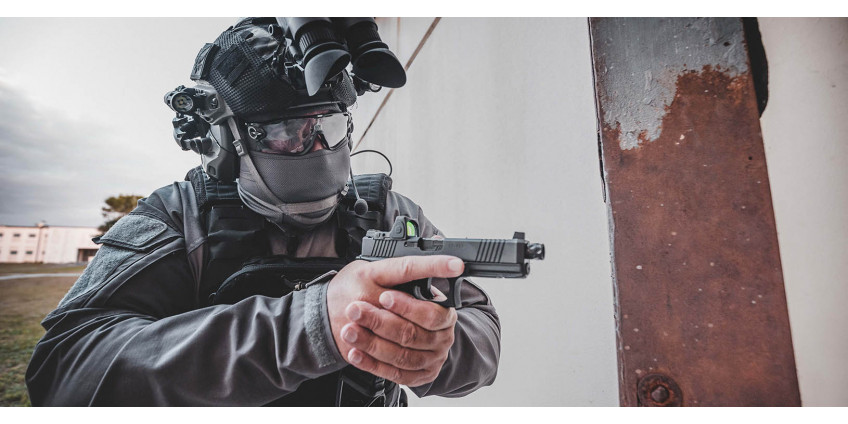 Hunting is not only a pleasant pastime but also the ability to use a weapon and hit the target. Not to mention getting the desired trophy. The gun, in this case, remains just a beautiful piece of metal with an expensive inlaid buttstock. This is in the case if you are not using a red dot or holographic sight attached to the slat of your gun. The current market of guns and different devices is saturated with tempting offers and variety so much that it is challenging to choose the right sight, in this case, the one you need, at once. And the first reasonable step in evaluating devices in this class is to determine the range of tasks aimed to solve this task. A correct choice of sight for your weapon should solve the purchase problem and allow making a successful shot with one hundred percent hit on the target. Both red dot and holographic sights are claimed to be the leader. We are sure that the right choice will bring confidence, satisfaction, and the desired pleasure of hunting. All you have to do with our help is to understand the differences between these two options of optics for firearms and make your choice. And the right choice of sight, you can be sure, will affect the accuracy of your shot. So, pros and cons, advantages and disadvantages of a red dot sight and a holographic sight.

Advantages of the Red Dot sight.

The red dot finder is a gun-enclosed collimator sight with a "click" brightness adjustment mechanism. Due to the short barrel length, the shooter has the most expansive field of view and is considered the best choice for guinea fowl hunting. The basic principle of the red dot viewfinder is simple. It consists of a clear zero optical power lens, a spotting light source, and a system for adjusting the viewfinder's position. A red dot sight is an illuminated dot in the visual image on the lens. Technically speaking, the LED light hits the lens covered with a material that reflects it into the shooter's eye, giving the impression that the dot is on the target. They are available for both shotguns and rifles, which offers the advantage of higher target acquisition speeds. Aiming with a red dot is faster, more accurate, and with lightning-fast target acquisition. Less time spent looking through the scope and locking onto the point of aim allows you not to worry about pulling the trigger. Another advantage of the red dot is shooting at close range. If you have to shoot at less than 200 yards in most situations, an LED sight of this type will give you an advantage over standard open or aperture sights. The distance between the LED and the meniscus is chosen so that the eye sees both the red dot and the object located at infinity equally clearly. The brightness of the dot is adjustable within a reasonably extensive range. A good Red Dot allows you to quickly point the telescope to the object of interest, even if you are looking for it for the first time. The best tandem is a combination of a Red Dot and an optical finder. You will need another mount for this.

Advantages of a holographic sight.

The laser light is used to form a photograph of the reticle. The hologram forms a gap through which you see the target. In real-time, without changing or distorting its appearance.

The reticle, being a hologram, can take on any shape or configuration. The hologram window is assembled from a flat glass panel, which eliminates the problem of glare in this sight. The manufacturer took into account the disadvantage when polarized laser beam passing through hologram when using polarized glasses could not work together with the sight. Today all produced holographic sights have polarized hologram at the angle, which provides unobstructed viewing of the reticle while wearing polarized glasses.

Principal differences between the two sights.

When considering power consumption, let's note that both sights draw power from a built-in rechargeable battery. The LED red dot illumination consumes significantly less energy than the more advanced laser holographic illumination and can be decisive if power longevity is essential.

In both scopes, the reticle is based on the visual principle-if you can see it, you can shoot at it.

Sight. The aiming point covers the target in the red dot sight, and in the holographic sight, the laser image "surrounds" the target. Both sights increase accuracy and reduce the time needed to aim and shoot. The advantage of the holographic scope over the red dot is that, due to the design, there are more sighting image options, such as a view selection of different crosshairs and dot configurations. The disadvantage of both sights is the bright light. There is a tendency for the crosshairs or dots to fade when shooting in bright sunlight.

In the holographic sight, there is a parallax. This is a visible shift of the target image about the image of the aiming mark when the eye is moved away from the center of the eyepiece. This process occurs because the target image is not focused precisely in the focal plane of the reticle mark. In other words, target distortion caused by the shooter's position or the angle of the gun is a difficult obstacle to overcome, especially during a shot. The problem of parallax, when using holographic sight, is solved entirely - when aiming, you don't have to align the sighting bar and the front sight on one line. The shooter no longer has to focus one eye on the front scope while the target is out of focus.

Conveniently, when using a red dot sight and a holographic sight, the angle of the gun may not be ideal for locating the target, reducing the time it takes to align the shot.

Magnification. As you get closer to the size of the target in sight, the red dot of the sight increases, obscuring the view. The target is more immediate, and the dot is more significant, which sometimes obscures the sighting process.

In a holographic sight, the target is enlarged as it gets closer. At the same time, the aiming dot or circle remains the same size, ensuring the shooter's visual acuity when shooting long distances.

The right choice of sight can affect the accuracy of any weapon. After all, it directly determines which sight will help you hit your target accurately. As you can see, there are no evident and critical differences between sights, which will make your choice easier.