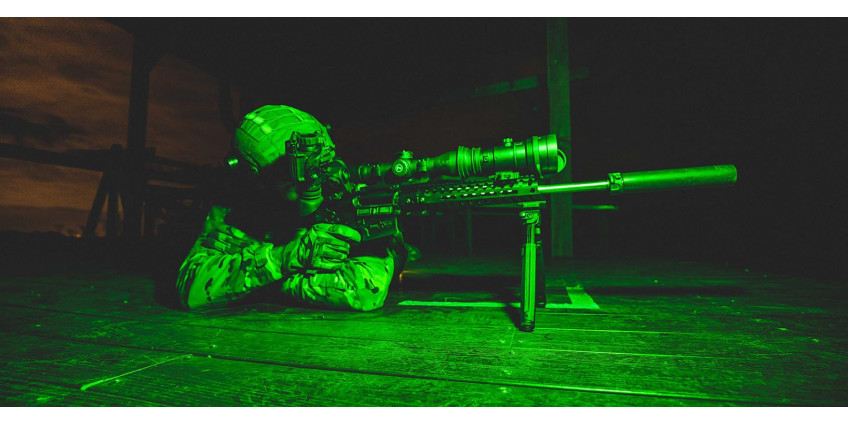 Improving a person's physical capabilities through modern technologies and high-tech gadgets is the dream of humanity, which today has become a reality thanks to the latest devices. One of these devices is night vision goggles, used almost everywhere today. So it is in everyday life: shipping, civil aviation, medicine, construction, hunting, and even for various hobbies, such as watching birds and animals. As for professional purposes, in the military, security and rescue services, army aviation, and NAVY.

But to impress or – which is more important – to use the device up is optimum. We need to know some general principles of its operation.

How Do Night Vision Goggles Work?

Let’s start our short enlightening briefing with a basic idea of light – sorry for a bit of tautology; that’s what we are aiming at: to throw some light on the main operating principle of the gear which can help us see everything in the darkness … or – to be more exact – almost everything worth-looking which a human eye can observe in full daylight.

In other words, light is an electromagnetic wave radiated by an object or a substance that produces heat, is heated, or excited otherwise. An excellent example of this can be the sun or a lamp, fire, or just a substance undergoing a chemical reaction.

X-rays, ionizing radiation, or radio-frequency emissions are all examples of electromagnetic waves. The only principal difference in-between them is the length of the waves.

The optical light spectrum waves are those within the range of approximately 380 to 780 nm (nanometers, or millimicrons). The light outside this radiation range cannot be seen with the naked eye. The ultraviolet and infrared types of radiation fall into this category as well.

The night vision goggles are designed to operate based on this principle. When there is only a little light available at night, we need to enhance the existing small amount of light, convert it first into electromagnetic radiance, enhance this radiance further, and then convert it back into the human-eye visible spectrum significantly intensified.  The detailed procedure is described below.

On entering the goggles, the weak outer light – which consists of elementary particles called “photons” – is collected and enhanced by a magnifying objective lens or even a system of lenses which are also used for diminishing the so-called “photon noise” caused by the photons’ fluctuation to provide better output image of the target object.

Next, the photons contact a glass disc covered with a special photocathode coating on its backside. As the photons strike this coating, they ionize the photocathode atoms, thus releasing new electrons.

The resulting accelerated electron radiance is the electric current we all are familiar with. The radiance flow then proceeds to a micro-channel plate called “a photomultiplier” and works as an amplifier. When the electrons come into its tiny slanted channels, they strike the channels’ sides and emit several new electrons each, thus magnifying the resulting amount of radiance enormously.

The next step is to convert this enhanced electric current into a highly intensified photon radiation of the visible light spectrum. For this purpose, a glass disc with a phosphor coating provides human-friendly green fluorescent radiance. This coating absorbs the energy of electrons and emits elementary photons. The resulting light can thus be enhanced up to approximately 20 thousand times compared with the original input light coming into the goggles. Therefore, some weak light reflected by the moon or the stars is enough to see the objects quite well in the dark.

A prism and two mirrors inside the goggles double the input image and transfer it to both eyepiece lenses to make it binocular.

You now have a clearer understanding of how night vision goggles work.

But, let's see what the primary technologies are used for their work. There are two priority principles.
The main problem is the solution to the main drawback of all NV technics - their operation in the absence of a source of at least a weak light, for example, underground or in a confined space. Is it really in this case, your expensive purchase will be useless?
Of course not. A simple and elegant idea has one drawback - it unmasks the observer without a chance. This significant drawback worried engineers throughout the history of technology. The first solution was the principle of passive image enhancement. This means using a simple and unsophisticated device emitting visible light. Today there are different options, the most popular of which remains infrared radiation, but this spectrum can also be visible.
Thermal imaging technology solves this problem for the simple reason that devices based on such an invention do not amplify weak light but register the thermal signatures of objects. This applies to entities with a temperature above absolute zero, that is, almost all. The visualization of these signatures makes it possible to identify objects of observation for the user.
Thanks to this technology, you will be easily noticed if you are using an NV device with an IR light. Rest assured that you will glow like a Christmas tree in this case.
The first thing that comes to mind is that simple glass can become the kryptonite of the device. Yes, to hide from an observer with a thermal imager, it is enough to stand outside the window. But, using thermal goggles or binoculars does not give you superpowers, as they also have drawbacks.

In some still more improved military equipment, ultraviolet radiation is applied instead of infrared, but its general principle of operation remains the same.

The goggles may be further improved by the particular ionizing barrier to making the lifetime of the photocathode longer, or by using other innovative materials like gallium arsenide for a photocathode to enhance further the image resolution or the auto-gating technology to protect the owner’s eyes from sudden low-light to high-light conditions’ changes, which is extremely useful for aviation and military purposes.