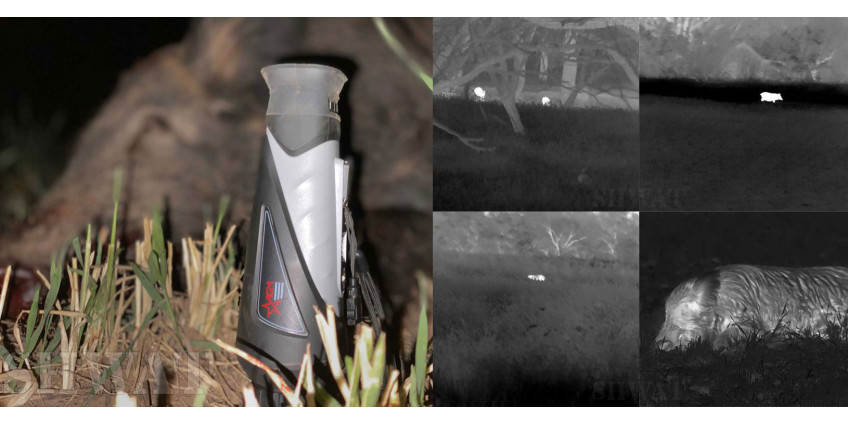 
by Casey Jones | The Hunt Junkie
When it comes to hog hunting at night, you have to be able to find those swine before you can shoot them. Not only are hogs hard to see while destroying crops in the dark, but they can also smell or wind you and sometimes seem inclined to turn the table on you. You need a tactical advantage. That’s where a thermal monocular comes into play. The AGM ASP TM35-384 thermal monocular has been out hunting with me a lot lately.

What is the AGM ASP TM35-384?
The AGM ASP TM35-384 is a handheld thermal monocular. If you’re new to hunting in the dark, a thermal monocular (aka, ‘spotter’) is similar to a thermal optic, but without the reticle and mounting hardware. In my opinion, quality in a handheld thermal spotter is just as important, if not more important, than that of a rifle mounted thermal optic. Most of our hog hunting involves nights spent driving and scanning fields with handheld thermals. We often spot hogs somewhere between 400 and 1,000 yards out. Then we use the same handheld thermal monoculars while navigating our way through fields to our firing position. Generally, around the 50-yard mark, we set up shop and get ready to shoot. It is only at that time that we switch to our rifle mounted optics. When the shooting stops we’re back on the handheld thermals to find and recover the bodies. I could go on here, but I think you get the point. When it comes to handhelds like the AGM TM35-384 there are a few things I tend to look for.

Clarity and Spotting Ability of the TM35-384
Fortunately, I’ve been privileged to use a decent variety pack of thermal gear over the years. I’ve used the AGM TM35-384 quite a bit recently, and it was not until I pulled up the spec sheet for this review that I realized it is not a 640p unit. As the name suggests, it has a resolution of 384 x 288. Honestly, I am shocked. The sharpness of the image on this AGM monocular easily rivals that of some 640s. That leads me to think I’d really like to get a hold of a few AGMs with real 640 specs to see what those actually look like. But I digress… My recent hunt party included our Publisher, Jonathan Owen, Prostaffer Jared Hilton of SHWAT, and Eric Suarez from Remington. All three made comments about the clarity of the unit. We were able to consistently spot and identify hogs (vs. cows) at distances greater than 500 yards.

ASP TM35-384 Features
The AGM ASP TM35 thermal monocular has a ton of features that can be found on their website. So, I won’t bore you by listing them all here. I’ll hit some highlights that stood out to me. First is the built-in Li-ion rechargeable battery. I love the fact that this came with a rechargeable battery. CR-123s can often become the doom of a hunt in west Texas if you planned poorly. With a battery life of five hours, we didn’t have any issues making it through the night by turning it off when not in use. A single night’s hunt can stretch to 12 hours if hogs keep showing up. If you do need to charge on the go, simply plug the charger into your vehicle’s USB plug. If your hunting is more remote and you are worried about not being able to change the batteries, a generic battery pack and charging cord will fix your problems. The AGM TM35-384 has onboard video recording and pictures that are saved to a 16GB built-in memory module. Hallelujah! I am so sick of all the different devices and gadgets we have to have if we want to film something through a thermal. This is a huge win that speaks for itself. The AMG comes in at just over a pound, weighing in at 1.01 lbs to be exact. It has a sleek ergonomic form factor with a soft touch rubber housing that is just right – not sticky, and soft. And this thing is easy to use. It has five large buttons that are easy to find and understand: Power, Mode, Picture/Record, Menu, Zoom. We want our thermals feature-packed but that often comes at the expense of ease of use. And that means “ease of use in the dark!”. AGM stuck a good balance here.

Final Thoughts
At the end of the day, the AGM ASP TM35-384 is a power-packed thermal monocular that outperforms its 384 x 288 resolution, is easy to use, and comes to market at a great price point (about $2400 at the time of this publication). While this is the only AGM product I’ve personally used, I’d say it shows great potential for this relatively new brand and the people behind it. Who are they? More or less the same folks that put Armasight on the map a few years ago. So here’s looking forward to round two and getting to test drive whatever they have up their sleeve next.

AGM Global Vision thanks SHWAT™ for the kindly provided materials.

While the Asp-Micro is only a 384 resolution thermal device, the images it produces certainly exceeded my expectation. At only $1,391 on AGM Global Vi.. 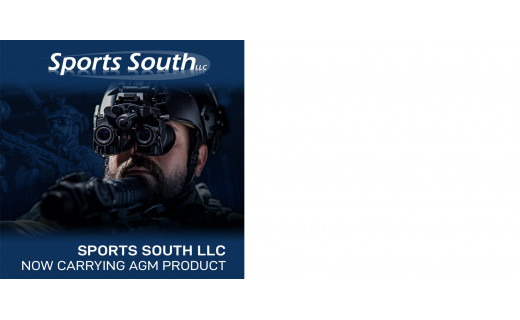 AGM Global Vision is happy to announce the partnership and collaboration with Sports South, one of the nations leading shooting sports distributor. As.. 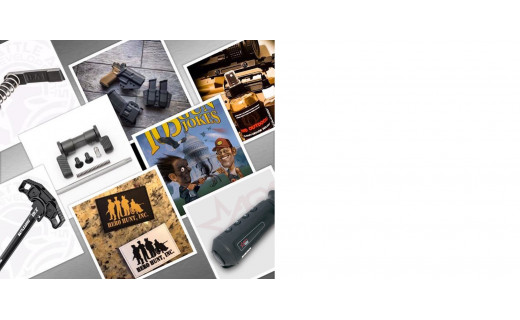 AGM Global Vision is proud to be partnering with MWD Outdoors, Hero Hunt, Battle Arms Development, QVO Tactical, and the Pew Pew Jew on our first ever..