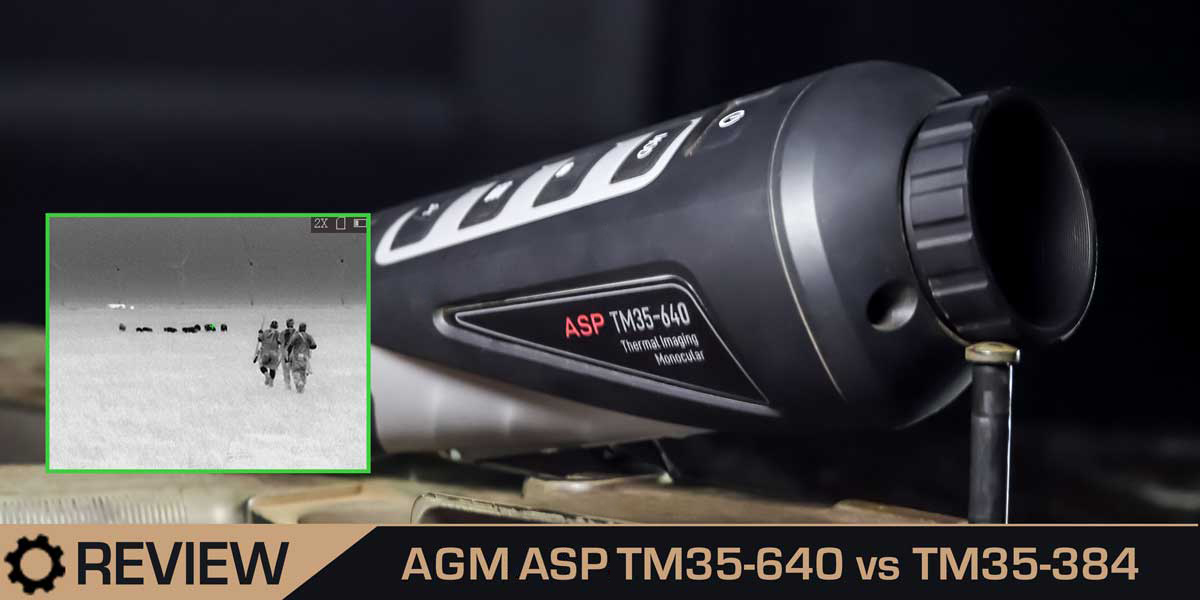 You will see more than one story come out regarding last weekend. There was a lot of equipment being tested, but more importantly, we had the right team for the job. Jonathan Owen and Jared Hilton of SHWAT, Eric Suarez from Remington, and myself. Our euthanization pills consisted of Remington’s UMC 6.8 SPC and Premier Match .308 WIN. Our chariot was my 2018 Jeep Wrangler Rubicon with no doors and no top. That’s a lot of bumping, banging, wind, and dust, but it all came together for us. 118 hogs down in two nights is not too shabby, but as I mentioned in my first AGM Thermal Monocular review, you gotta spot them first.

Besides the difference in resolution that I already pointed out, there are a few other things of note. First is the optical magnification. The TM35-640 is a 1.4x optical magnification with a digital 2x and 4x zoom. While the TM35-384 has an optical magnification of 2.4x and a digital zoom of just 2x. This means the TM35-640 gives you more digital zoom capability with a maximum magnification of 5.6X compared to just 4.8x. Also, your non-digitized optical zoom (1x) on the 640 unit will give you a much larger field of view at 17.7° by 14.2°.
Here’s what it boils down to because of the 640p resolution, the TM35-640 allows you to have a larger field of view and see just a tad farther. That’s a good thing. The next question is, does the 640 unit outperform its impressive little brother in terms of image clarity?

Yes, it does. The crispness of the TM35-384 is outstanding, but the TM35-640 takes it to the next level. It’s not very noticeable at 1x, but as your start to bump up the zoom it definitely makes a difference. AGM did a great job on this thermal. Everyone in our hunting party remarked on the quality of the image this device produced. Not only does it produce a great live image, but it can also capture it. Additionally, the 640 has onboard video and picture capture. It surprises me how many high-end thermal optics still don’t have that as a standard feature in 2020. Most likely there is some technical reason why this is the case, but I am unaware of it. Nonetheless as a consumer that is a feature that is important to me.

The UI on AGM is easy to use and has some enhancements over the 384. To set the stage, let me first paint a picture for you. Hog hunting, at least our style of it, involves a lot of turning on and off optics. When you are hunting 12-14 hours straight you have to take battery life into consideration. Therefore we are constantly trying to conserve juice.
The buttons, menu, and UI are pretty much the same on the TM35-640 and TM35-384, but there was one difference in the features that really stood out: the standby mode. To power the unit on and off, you press and hold the power button. Once on, if you tap the power button on the 640 it will instantly go into standby mode. The screen powers down and you are conserving battery. With a second tap of the power button though, you are instantly back on and in the game. Thermals in general take 3-5 seconds to boot up, which in the grand scheme of life isn’t much time, but in a hunting scenario like ours that is an eternity.
Tapping the power button on the 384 toggles on and off a built-in flashlight. Definitely a handy feature, but if I have to pick between the two I would choose the standby mode of the 640 every time. Hopefully, that is something they can add to the 384 with a software update.

After quite a bit of time behind the TM35-384 and now the TM35-640, is there anything I would change? Perhaps the battery setup, but that’s if you really press me to find something wrong with them. The AGM’s have an internal rechargeable battery, with a battery life of roughly 5 hours. To me, this is better than having to deal with CR123’s. It’s enough to get you through the night, but you do have to be cautious of the unit being on when not in use. While we spotted from the vehicle we kept it plugged into a USB, so we never encountered any issues. But, if I had to nitpick I would prefer a replaceable chargeable battery system that allowed me to swap in newly charged packs.

AGM Global Vision thanks SHWAT™ for the kindly provided materials.

AGM is pleased to offer a free Carbon-fiber pen, with each retail order from website...

While the Asp-Micro is only a 384 resolution thermal device, the images it produces certainly exceeded my expectation. At only $1,391 on AGM Global Vi.. 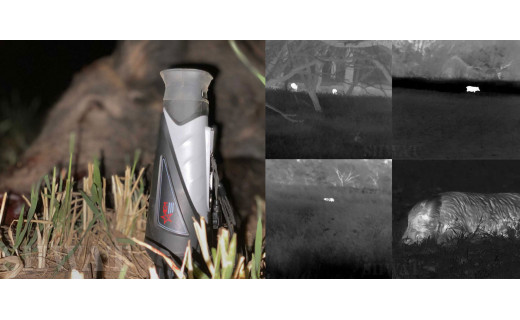 When it comes to hog hunting at night, you have to be able to find those swine before you can shoot them. Not only are hogs hard to see while destroyi..