How to shoot long-range: tips for long-range shooting 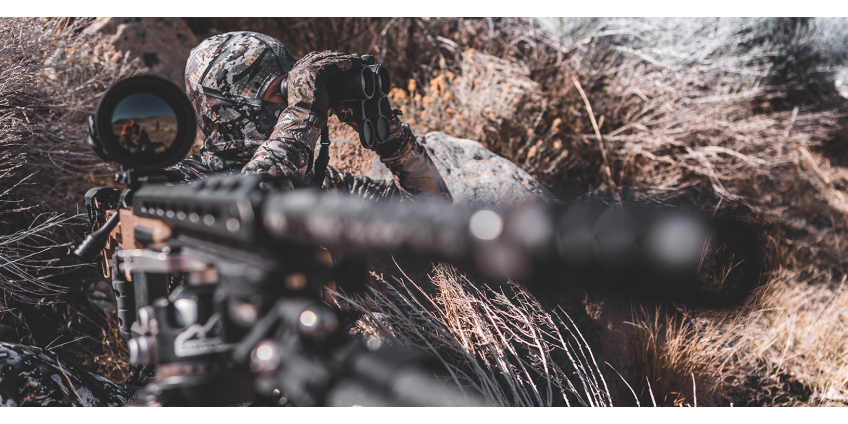 Long-range shooting is a type of sport shooting from a rifled long-barreled weapon with a telescopic sight, usually at long distances against small targets. The name "long-range shooting" has been assigned to this type of shooting with rifled weapons historically.

Long-range shooting is not very spectacular, but it is fascinating in its specificity. After all, in order to hit the target at long range, the shooter must not only be able to hold the gun steady but also have a keen eye and a number of other qualities.

So what does it mean and how do you use the term in practice?

The standard shooting distance in hunting is 80 to 120 yards. The maximum distance that hunters are usually willing to shoot a large animal, for example, is 130 to 200 yards, and the average is somewhere around 170 yards. And, there is a certain percentage of hunters who dare to shoot even farther, 600 to 1,000 yards or maybe more. That's pretty reasonable, not extraordinary data. That's what it is - long-range.

What is the best caliber for Long-range Shooting?

At first glance, it seems that the longer the barrel of the gun, the better: it is possible to accelerate the bullet to higher speeds without increasing the powder charge of the bullet. This means that the bullet will fly further, (which is what we need). However, it's not so - the bullet velocity increases only up to a certain length of the barrel. In the beginning, it increases by 6-7 m/s for every inch up to 30 inches. Up to 34 inches, it's in the 4-5 m/s per inch range, after forty it's 3 m/s, and so on to zero. As a result, the practical length of the rifle is limited to 34 inches.
For ultra-long-range shooting, we recommend .408 calibers no larger than 34 inches. For practical applications, 30-32 inches is sufficient (74 cm maximum). A longer rifle barrel only makes sense for demonstration and record purposes.
There is no "best" caliber for long-range shooting. There are many options, and they depend on what you are going to do.

Where to shoot Long-range?

One of the most common problems is where to shoot safely at long-ranges. It is very important to know clearly if a person or animal will get in the path of the bullet. You should look for private property for practice and actual shooting. On a private property equipped for this type of shooting, the unexpected is not likely to happen.

How to shoot long-range: tips for long-range shooting

Experienced hunters and long-distance shooters have their secrets, as they should. We are ready to share the information. Basic advice: you need a good rifle scope for long-range shooting. But don't forget that a lot depends on your individual characteristics and needs.

You cannot go anywhere without sight, and there is not much choice - the main problem is insufficient correction flow rate. Humanly speaking, the trajectory in ultra-long-range shooting is so steep that most sights simply don't have enough corrections for drum travel.
The ideal variant is the sight with large magnification, such as AGM PythonTS75-640. Why? The higher the magnification, the more accurately we can aim.
The reticle pattern also matters - it should not overlap the target. The visibility of the sight can be improved by illumination. But, be careful that the brightness of the dot does not overlap the image and locally does not glare. So, the ability to control backlighting is quite an important detail in a long-range sight.
What magnification to choose for long-range shooting?
Modern sights mostly offer variable magnification. Universal optics should start with a magnification of somewhere around 2-3x, and the maximum value should be around 10-12x. The magnification range varies from 3 (say, 3-9x) to 6x (say, 2-12x).
If we've helped ourselves with more magnification, we have to "pay" for it. And the fee is the field of view. The larger the field of view, the harder it is to focus on moving animals, the more time it takes to find an animal in the field of view at all. An extreme case is when a hunter is watching an animal at a distance and suddenly finds himself in close proximity to another hunter. The high magnification also means that the scope is much more demanding on the shooter. The shooter must maintain the correct distance from the eye to the eyepiece, meaning it becomes especially important to properly tab the weapon when firing.
You should have a ballistics calculator
The most important part of a precision shooter's equipment is the ballistic calculator. It is a program that calculates all the ballistic parameters necessary for shooting, including at ultra-long distances. There are no recommendations here; for shooters, choosing a calculator is akin to choosing a religion.
Choose your body position
In the prone position, shooting accuracy increases dramatically. However, changing your aiming position is not as fast.  Accurate shooting is also an art of calming the body and eliminating unnecessary muscle tension that can later cause tremors. And trembling, in turn, will cause your aiming settings to malfunction. So lie down in a comfortable position and breathe steady, and then take aim.

The problem with long-range bullets is their aerodynamics. Understandably, the better it is, the farther the bullets fly. That's why special, aerodynamically "polished" VLD (Very Low Drag) or Ultra VLD bullets, which are longer than traditional bullets, are used for ultra-long-range shooting. They are sometimes referred to as “match grade”

Warm up the bullet

Within reasonable limits, of course. Warm the bullet in your pocket or in the palm of your hand before firing. (This does not mean warming it in a campfire flame or on an electric stove). Firing a cold bullet is not so dangerous, but sometimes it changes the ballistic characteristics noticeably. To put it simply, a cold bullet won't go exactly (or not at all...) where you're aiming. So why warm it up? So that during the velocity build-up in the barrel when you fire, energy is spent on velocity, not on temperature compensation. The same can be said of the barrel, groupings will tend to get tighter after a few shots

As distance increases, the effect of weather increases. First and foremost is the side wind. While at distances up to 100 to 150 yards the effect of the wind on the bullet's flight path is essentially irrelevant, at distances close to 300 yards, stronger winds can mean that the hunt will at best fail, and at worst, cause damage.
Generally, the wind at the barrel and at the highest point of the trajectory are different. It's higher at the top, and the relationship here is almost linear: with each meter of elevation, the speed increases by yards per second.

At these distances, it's very difficult to become a pro right away. There are too many conditions to take into account: windage, temperature, visibility, caliber, even your body position when you shoot. So practice, and then you'll be a "sniper.

·         Many shooters remember all their lives their first shot with a telescopic sight. If you are a beginner, you subconsciously want to press your eye closer to the sight's eyepiece, and as a result, the beginner gets the sight firmly in between the eyes when he shoots. The bigger the caliber and stronger the load - the brighter the mark on the forehead, often until the blood runs out. As a rule, the lesson will be remembered for the whole life - the second shot to the forehead is possible only in the heat of the hunting excitement.
·         Use optics. The longer is the shooting distance, the more an error in distance estimation will affect the final result - the possibility to hit the target.
·         Hold your breath. There is a whole system of mistakes and misses associated with improper breathing when shooting for beginners. If a shooter does not hold his breath at all when shooting, you can see from the outside how the barrel of his rifle moves up and down. The recoil is vertical with great magnitude. Breathing should be held just before the shot, 5-6 seconds before it, after the preparation is verified, the shooter lies in a comfortable position. Previously it is necessary to point the weapon at the target and peer into it. The mistake of beginner shooters is often that they hold their breath without aiming the weapon at the target. In this case, at the very end of the shot they run out of air, the beginner begins to choke and pull the trigger quicker. This leads to inevitable misses. 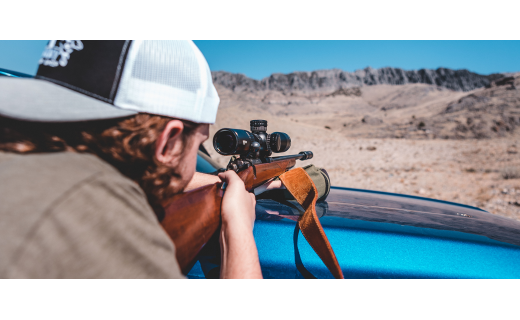 How to shoot accurately