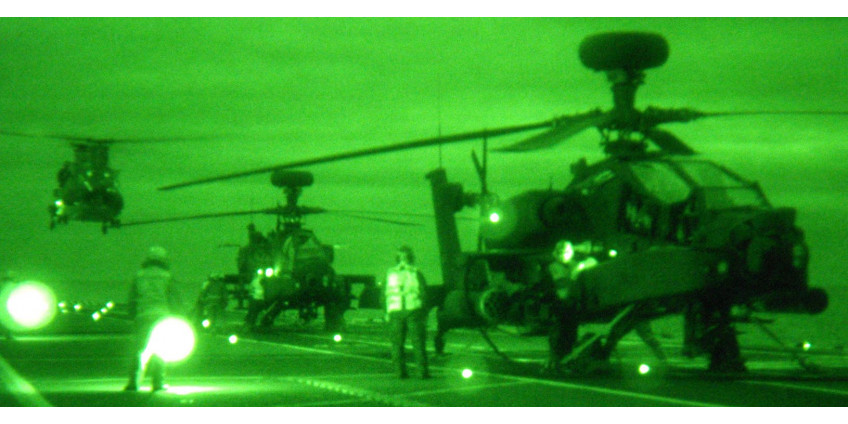 It's already hard to surprise anyone in this world. Man has made such breakthroughs in the development of technology that allows him to adopt the capabilities of some living organisms on planet Earth. And at some points, he has even managed to go beyond what would seem possible. Take, for example, man's overwhelming desire to fly. Thanks to them, there are now too many variations of designs that help a person rise above the ground and move from point A to point B., Or his desire to see in the dark spawns night vision devices. We understand, of course, that this is due to circumstances; progress, or more precisely, its development, is pushed on us either by a dream or, as is perhaps more often the case, by need. In principle, we can say that these factors work perfectly in tandem. And this is the reason why a person is at the point where he is now.

If you do a little digging into the history of both the helicopter and the UAV, it's not hard to draw an uncomplicated conclusion. It was created because of a monstrous phenomenon that, unfortunate as it is to realize, is the engine of civilization as a whole - war. The desire to be faster and more cunning than the enemy, to take us by surprise, has given us a lot of different devices. But time goes on and conditions change. And as we said, although these things were created under such conditions, no one can give up their advantages in peacetime.

We all understand the advantages of airplanes. And many people have no problem experiencing at least once, and for some it's even routine, what it's like to soar into the air and watch the clouds from a small round window. But only a few people can boast of an occasion in life when they had a chance to become a helicopter passenger.

The main advantage of helicopters is their maneuverability: helicopters are capable of vertical takeoff, vertical landing, hovering in the air and even flying backwards. The helicopter can land (and take off) in any place where there is a flat area of one and a half propeller diameter. Besides, helicopters can carry cargo on the external suspension, which makes it possible to transport very bulky cargo and carry out installation works. It is also impossible not to mention the fact that this type of transport is often used during search and rescue operations. It is thanks to all of the above advantages.

But in spite of all this helicopter is a very serious vehicle, which requires serious training of the pilot, who regularly need to improve their skills. And he must be able to work in different conditions. And the night is no exception. But along with that condition come other obstacles that need to be avoided. To be attentive to everything that happens outside and what obstacles come in the way. And for example, trees, electrical cables and bad weather are definitely not conducive to comfortable work. And you can only imagine how many processes a person who lifts such a pile of metal into the air needs to control. That's why it's important that helicopters that fly on such noble missions be fitted with a NVD.

That is why the British government has not been stingy in making the purchase of helicopters equipped with such functionality. Specifically, we are talking about the Airbus H135. Why this model? Precisely because it has the advantages, we have been talking about. For it is considered a unique transport. This helicopter is economical in expenses, fast enough and mobile, so it is not difficult for it to land on hard to reach points and besides it is not too noisy. It's even allowed to fly in the Grand Canyon, in America, and that area has some of the strictest noise restrictions in the country. And if we're talking about conducting service operations, these are all very important arguments that speak in his favor.

The cherry on the cake is the unique night vision system that the vehicle is equipped with. What makes it special? It lies not only in the fact that the cabin is adapted to make the pilot comfortable being there and fly with night vision goggles. But it's also equipped with special exterior lighting on the outside, which helps the same goggles to see in the far distance what's going on under cover of night. Why is this necessary? Because if we talk specifically about this category of NVGs, we must remember that they need at least a weak but some source of illumination. For without its effect on your wonder device, you will not see anything.

These are the basic models we wanted to talk about today. Looking at these, it is good to know that what used to be used far from peacetime has now found a humane use and has become a safeguard for human life. It is unlikely that man will ever be able to avoid such situations, but thanks to the technological advances made to improve these devices, we can be sure that it will be much faster and safer.Title
Helicopters with night vision