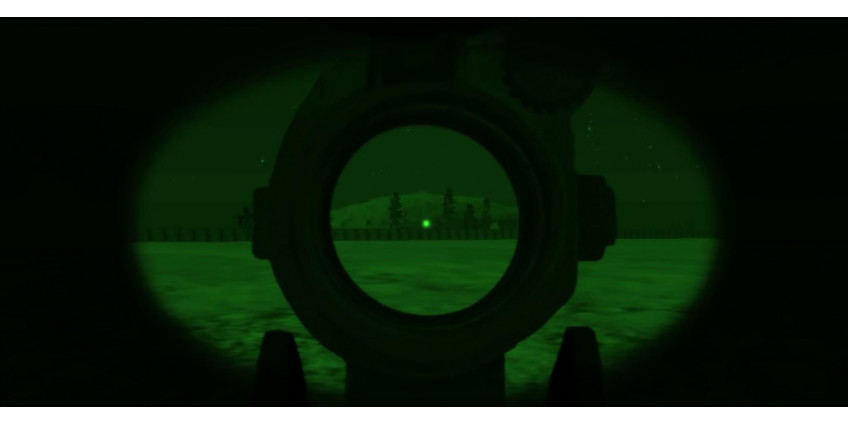 Perhaps there will be cyber suits in the not-so-distant future, and, like in Marvel fantasy films, guns will be built into them. You will only have to wave your hand, and it will shoot, and on the eyes, there will be special goggles with a sight, thanks to which nothing and no one will be able to hide from you. But who knows how soon it will happen and how much it will help a man during the hunt, where you have to be as quiet as water and beneath the grass. So while we still hunt as our grandfathers did. Of course, we do not forget the privileges of the present day and modern progress. So we quickly loaded the equipment in the car, rifle on the shoulder, and in battle.


Speaking of the privileges of modernity, we are not just talking about a good gun, where everything is balanced in the best way for your convenience. Few such desperate daredevils will hit the target or a coin flying in 100 yards with their eyes closed. Therefore for comfortable and, most importantly, successful hunting, it is better to buy and take with you a sight that will not let you down at the crucial moment, at the moment of truth. And now the market of hunting devices offers a variety of different sights. You are welcome to choose. But you were probably led to this article by your interest in a particular specimen. So now we will try to understand the principle of its work and find out if the sight with the red dot is of any use in the dark time of the day.

What Are Red Dot Sights?

We understand pretty well that the task of any sight is to facilitate hunting and increase your chances of hitting the target precisely. So. You attach it to your firearm, whether it is a rifle or a pistol, and thanks to the intersection of dots or other symbols, you will approximately understand the point of impact of your bullet after the shot.

The Red Dot sight works on the same principle. But from the name itself, I think you can already imagine in your head how some invisible beam forms a red dot on your target. You may have seen it in films or worked with it yourselves. No wonder. After all, it's a prevalent type of optics for weapons. It is used in the military, among hunters, and during competition shooting (of course, if prescribed by the rules). What is noteworthy, although initially the first prototypes of collimator sights appeared thanks to the war, and specifically for aviation missions, in the masses, it was released by a private company just for sport shooting. The only thing worth specifying is that this sight is used and installed on close-range weapons.

How Do Red Dot Sights Work?

Although the principle of work of this sight was simple, we can say that it was a revolutionary breakthrough in the history of such devices. Its principle of work differed from the conventional one. Its peculiarity was that the aiming dot was projected not to the shooter's eyes but to the target itself, going to infinity. But we are well aware that there are also disadvantages where there seem to be solid advantages. And the Achilles' heel of this device was the light source, which is necessary for making the aiming mark. Instead of lamp or diode, the natural light was used, which was reflected in mirrors and passed through the tinted lens, thanks to which it projected a beam on the target.

But even since the invention of the first collimator sight, enough time has passed. Many technologies developed and improved this device with lightning speed. And under this influence, it is possible to distinguish the following categories: reflex, prismatic and holographic. They all differ by the technique of work to produce sighting reticles.

We understand from the name that the lens, which works as a mirror, displays an external image to the shooter in sight. But it is necessary to specify one detail that this variant does not use laser for aiming. Reflex sights work using an LED, which allows the shooter to mark the desired target. Although, unlike metal sights with which you need to sweat a lot to match all the parameters, this sight allows you to look through it from different positions, significantly facilitating the process of focusing.

Prismatic sights have similar features to optical sights, but there are fewer lenses in their design, and the reticle itself is engraved on the glass. The prism reverses the picture, which would be upside down. And unlike the previous variant, they are equipped with such functions as image magnification. Thus, we can say, detailing your target and a particular point you intend to hit. And you can't just pass by such a privilege. It's worth paying attention to.
Speaking about holographic sights, we understand that this is already a modern device, which we got due to our technology development. A laser, a holographic film, is connected to it and transmits a three-dimensional image of what's going on around him to the person looking through this sight. And even though it doesn't have a property to magnify the image, with such advantages and due to the shape of the sight, this necessity disappears by itself. You are looking through the rectangular window and see your surroundings.

How Do Red Dot Sights Work in Bright Sunlight?

We have not in vain started to describe the principle of each option of RDS because that is the answer to the following question: are they useful in bright light? It directly depends on the device you are using, and it is quality. The above-mentioned holographic scope shows its worth when a light source makes it read your surroundings and offers it back to you on display. But hardly the same can be said about the remaining options. While observing, you can try to adjust the intensity and brightness of the image. Good and quality products with a solid and long-lasting battery have these advantages. Another minor flaw in the functionality of collimator scopes can be the blurry picture you see. This is due just to the bright ambient light. That's why the lenses of some specimens are sprayed with a special coating that dims the light that passes through them. To summarize, when buying a red dot sight, you should pay attention to their battery's power, the ability to adjust brightness, and lenses with a unique multi-layer coating.

Can You Use Red Dot Sights at Night?

And the most critical answer to the question, to which we went slowly but surely. Can we use the red dot sight when the sun has hidden behind the horizon? And the first thing you have to anticipate is how dark it will be around when you use it. Your choice and the type of scope to give your preference will also depend on this because units are not designed for such conditions. On the other hand, despite all its advantages, it is a light source, which may scare away the animal you are hunting. But in that case, when buying this device to clarify - whether it has a function to adjust the brightness of the laser.