Bowhunting in the USA 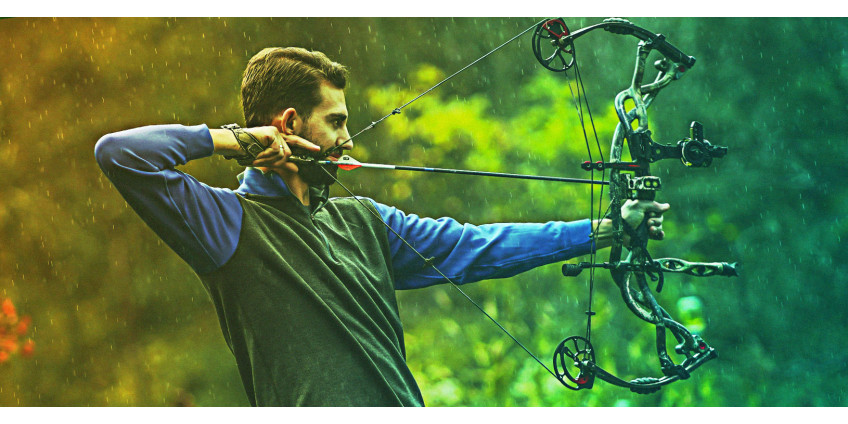 Since ancient times, people have tried to find opportunities to get food, shelter, necessities, etc. And this contributed to the emergence of new types of crafts and equipment; humanity gradually moved to a new stage of development. Thus, it became possible to hunt large animals using long spears or other sharp objects, and thanks to the results of the hunt, it was possible to make certain textiles, carpets, and clothing samples. Hunting became the basis of all other industries, as the satisfaction of people's basic needs always came first.

Remembering history, especially the Middle Ages, images of hunting with hounds immediately appear. Indeed, people realized that to track down an animal in its usual habitat, it is not enough to have some kind of weapon - you should also have other handy tools that will serve as detectors. Dogs completely covered this need, as their excellent sense of smell allowed them to recognize objects at great distances and with maximum accuracy. In addition, dogs' eyes get used to dark lighting more quickly, and therefore the hunter had the opportunity to better orient himself in the area with such an assistant.

Today we see that hunting is no longer the first necessity for an ordinary person. It has become a hobby for those who understand this art and like to spend time in nature. There are many opportunities to use the latest technology on the hunt, thanks to which this process is much easier and allows you to realize your potential to the maximum. What are thermal imaging devices worth, thanks to which the impossible becomes possible? Their operation consists of scanning the area by penetrating infrared radiation through a prism and reflecting a thermal image on the surface. This property makes it possible to see animal tracks, various objects, etc., in the dark. It replaces the hunter with any other handy tools he could take with him on the hunt.

However, there are those hunters for whom the use of the latest technologies in hunting has negative consequences. These people do not understand the need to use devices that make it easier for humans to conduct this activity because they believe that animals also adapt to them in this way. It becomes more difficult to hunt them. Do they argue that if it used to be easy to track a mammoth, why is there so much fuss today about improving night vision systems for hunting purposes? Some approach this point of view rather one-sidedly, but every opinion has the right to exist. And someone likes to hunt, using the weapon he wants. And it is not necessarily a firearm. In the future, we will talk about this type of animal hunting, which involves using a bow and arrows. Does it sound strange? Let's understand the main advantages and disadvantages of this hunting in the USA.

Bowhunting in the USA

In general, the question of the legality of the reasons for using a bow as a hunting tool is a somewhat debatable topic because, in some states in which it is a permitted activity, there are numerous restrictions regarding the circle of people and the type of weapons that are allowed to be carried. That is, while in the USA, you should understand that hunting with a bow and arrow is legal in some states, and in others, it is illegal and may result in a fine or criminal liability.

So, what is included in the meaning of the concept of hunting with a bow? The explanation is quite simple since the name comes from the weapon used in this type of hunting - a bow with arrows. Why is it popular? Unlike conventional firearms, which are more used, archery makes less noise, and fewer animals will react to the shot. This helps the hunter remain invisible for a certain period before catching the prey.

Each state naturally has its rules for bowhunting, but most have similar criteria for setting restrictions. And before you start hunting, you should familiarize yourself with the specifics of a particular state.

The latter are primarily related to the seasons of use of such weapons. Breeding seasons of animals are prohibited, as this will harm future offspring. An organic continuation of the previous prohibition is that it is not allowed to hunt animals until they reach a particular maturity, that is until they can live independently without their parents. Dependence on the season is also related to the mating period in animals since it occurs precisely in summer or spring in many of them. Therefore, you should ensure that when hunting for a particular animal, you will not find it in the process of breeding because this will cost you several years behind bars in some states of the USA.

Also, restrictions on hunting with this type of equipment are associated with the kinds of animals it cannot be used for. So, for example, in many states, hunting deer and wild boar is strictly forbidden. Such regulation is carried out due to the slow reproducibility of the specified species of animals and their belonging to rare or endangered species. Moreover, many animals can only be hunted at certain times of the year and with certain weapons. Hunting, although it is a bloody activity, even during its conduct, it is necessary to reduce the suffering of the animal that becomes the victim as much as possible. To do this, they use clearly defined types of weapons and shoot at specific parts of the body that are vital and hitting, which will not increase the animal's suffering.

Another criterion for determining the possibility of hunting with a bow is the age at which you can engage in this activity. As a general rule, it varies from 16 to 21 years. In most states, 21 still prevails because this age is considered the legal age for most activities in the United States. The older a person is, the more relevant experience and skills he has in a particular area of ​​life; therefore, he is more aware of the consequences that an irresponsible attitude to his duties can cause.

The most important criterion for determining the possibility of carrying out a specific type of hunting is the presence of a permit or license. A permit system is necessary, especially when it comes to the use of weapons or other dangerous devices. To obtain such a permit, one must undergo a two-stage procedure, which involves getting a permit to store and carry guns and hunt using this weapon. Only after that it becomes possible to participate in the search and receive prey from it.

Where to hunt with a bow in the USA?

After understanding the basic rules of hunting, you should familiarize yourself with the area that falls under the criterion of permissibility on the territory of the United States. First, the area considered a nature conservation area is 100% prohibited from hunting. This is explained by the need to reproduce living organisms that are rare or on the verge of extinction. As for other types of terrain, the following should be noted.

It is necessary to find out the places of possible hunting according to the zoning of the states. Yes, hunting is allowed in the central part of the USA in such states as Texas, Kansas, Minnesota, and others. In this part, it is allowed to hunt using a bow from 14, and no permit is required. It is also allowed to hunt in all seasons and for almost all animals. This permission is because there are virtually no rare animals and protected zones in the territory of the central part. Brown bears and domestic animals are often hunted here, and the hunting season lasts in autumn and spring.

The northern part of the United States refers to the following hunting areas, such as New York, Pennsylvania, Massachusetts, Rhode Island, and so on. Here the situation is a little more complicated because the possibility of hunting is more limited by the rules of the permit system, the age of the hunter, the types of animals that can be hunted, and the seasonality of such activities. Yes, in particular, the possibility of hunting only giant animals is legalized, and even then, with certain exceptions. Also, hunters over 16 years old must obtain a special permit for archery and a kind of "privilege" for this activity. When receiving a bow, like any other weapon, the future owner must register in a particular Register, where his name and residential address must be indicated. This is necessary to control this activity and prevent arbitrary bow hunting.

The southern states of the USA (Alabama, Georgia, Arkansas) are characterized by the following features of regulation of hunting activities. In contrast to the previous requirements, the permit system with a special licensing regime is introduced only for persons aged 14-16. For the rest of the hunters, such a permit is issued directly by the state. All other rules remain unchanged for this territory - hunting seasonality, special seasonal regime, and types of animals allowed to be hunted.

About the Rocky Mountains (Arizona, Colorado, Utah), the specified area, considering the peculiarities of the climate and terrain, is subject to special legal regulation, and hunting here is quite often prohibited. Yes, it is home to hundreds of different endangered species of animals, the care of which is a straightforward task for each of us. There is a national park in the vicinity of this area, so the enhanced protection regime of this area is a matter of course. Again, if archery is allowed here, it is only for those with the documentation required by law, which is valid and complies with the regulations.

Interesting limitations exist for the Arctic region. The specific territory's particular legal regime led to the outline of special hunting rules, which also apply to bow hunting. So, to hunt large animals, you need to get permission for a kind of combination of bow and arrow at the same time and a corresponding hunting license. In addition, taking into account the value of the objects located in this area, in addition to the previous requirements, it is also essential to obtain a special specialized education in the field of hunting to obtain a permit. The latter will be valid for 24 months from the date of issue.

According to each of the states, these and other rules must be strictly followed and prioritized for visitors to areas who are there permanently or temporarily on legal grounds.

Summarizing the above, it should be noted that archery, as one of the types of hunting, is subject to detailed legislative regulation and contributes to the reduction of cases of uncontrolled hunting. Following the rules and laws that exist in the relevant area, in particular compliance with the principles of seasonality, the permit system, etc., will allow not only to get a specific result in the form of the hunted game but also to enjoy the process of hunting, which is a hobby for many people.