Beretta. A legendary firearm and an NVD to it 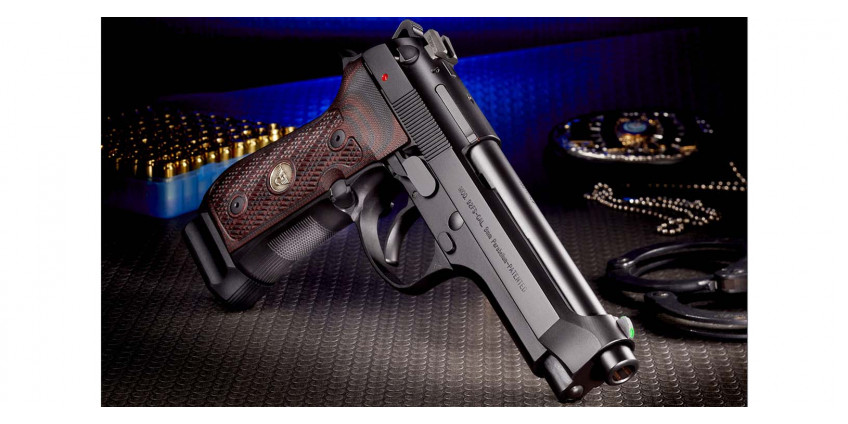 At the end of the 20th century, London's Bungemgen Palace celebrated the 25th anniversary of the reign of its beloved monarch, Queen Elizabeth II, who, among the many gifts, highlighted and long remembered an unusual one.  A shotgun from the Beretta SO line made especially for the Queen's birthday by her admirers, the Beretta company. The bottom of the barrel bears an eloquent inscription: "Unique Beretta Jubilee Gunmark".  Equally beautiful is the intricate engraving of the barrel bolt on the right side and the bolt at the base of the barrel on the left side. Since all members of the royal family are experienced hunters and the protagonist of the occasion is very familiar with guns, such an unusual gift was chosen.  The royal rifle is a traditional hunting rifle with a seven-hundred-millimeter barrel, characterized by its versatility and low weight of no more than three kilograms. This allows the gun to attenuate recoil when using standard hunting bullets for hunting game birds or other animals. This rifle is manufactured and supplied by the renowned company Pietro Beretta Arms.

This company needs no advertising, and its rifles have remained unsurpassed for many decades. The company's products  Pietro Beretta Arms produces a wide range of hunting and shooting rifles, both vertical and horizontal barrels, semi-automatic rifles, sporting rifles, pistols, and much more.

Beretta is the oldest family of gunsmiths in Italy, whose history began many centuries ago with the creation of the Beretta family.

The history of Beretta goes back centuries, starting with Bartolomeo Baretta, a native of Gardone Val Troppia, a small Italian town already famous for its cannons.

Discovered in the 1980s, the document attesting to Baretta's delivery of weapons to the armory in October 1526 is recognized as the company's founding day. The predecessor of the dynasty was not a poor man at the time and earned his living by supplying weapons and partly by manufacturing them. The dynasty was continued by the gunsmith Giovannino of the Beretta family. Since then, the company has become a manufacturer of military, hunting, and, more recently, sporting rifles. The rifle's development is linked to the defeat of the French Emperor Napoleon I, who at the time was supplying Piero Beretta with many weapons and who, losing sales channels and immediate profits, had to change production lines immediately. So, even in economically challenging times, the company was determined, despite the various conflicts, to continue the family business with the motto handed down from generation to generation: "Everything called Beretta is the best."  And here, traditions are treated with great respect. For example, all children born into the family are automatically given another name: Pierrot. The current headquarters of Fabbricad Armi Pietro Beretta s.p.a. is located in the Italian town of Gardone Val-Tropia. Its products are known and used almost all over the world.  During the company's existence, its subsidiaries have been dedicated to promoting its weapons, which are practically spread across all continents. Offices have been opened in Finland, France, Germany, Sweden, Turkey, Spain, the United States, Canada, Australia, Greece, New York, Dallas, Buenos Aires, Paris, and Milan.  In Italy, the parent company is supported by two other subsidiaries.

And if you own a shotgun with a beautiful and intricate trefoil, you have the advantage of being able to use steel ammunition. The Beretta concept is responsible for even the most minor details and the introduction of state-of-the-art technology. A striking example.  The rifles are not designed with a ball flight. They are there, but the construction is different. Firstly, they are positioned along the barrel, and secondly, they are colored and interchangeable, with the possibility of aiming in low visibility conditions. From the beginning, gunsmiths have produced guns of almost every known design, from muzzle-loading to semi-automatic gas-powered rifles. But the company's most famous symbol is the vertically twisted-barrel shotgun, the vertical. With these weapons, the company made a name for itself at the beginning of the last century. Thanks to the perfect arrangement of stocks and barrels, as well as high quality and reliability, the company is a world leader in the firearms industry.

One and a half million good rifles have been sold, a figure that speaks to the mass production of these weapons and the guarantee of their performance. Beretta rifles are famous for their barrels, the main element that guarantees accuracy in all conditions. The barrels are modern steel with cold forging technology and a protective chrome coating. The barrels, fired with steel shots, are marked with the stylized trefoil motif. The Beretta concept is rigorously applied down to the smallest detail. For example, shotguns are not designed with a ball fly. They are present, but structurally they are different. They are interchangeable, colored, suitable for low light, and mounted along the axis of the barrel in the form of elongated cylinders.

With such a wide variety of pistols assembled in the hands of a single gunsmith, it is difficult to identify anything special. There are several types. Let us start, as already mentioned, with the vertical marks.

Hunting verticals. They are suitable for cartridges fired from twelve to four hundred and ten calibers. The classic model is the Beretta 686 Silver Pigeon S Vertical with a steel stock and subtle design. The Beretta 687 Silver Pigeon II belongs to a higher category. These twelve- and twenty-gauge models with standard barrels are comfortable, light, and reliable. The company has achieved a balance between low weight and high ballistic performance in the 28-gauge shotgun, which has earned it the respect and affection of hunters. This is the case, for example, with the Beretta Silver Pigeon good shotgun, which weighs over two kilos and has a standard barrel of six hundred and seventy-seven and seven hundred and ten millimeters, enabling it to shoot birds accurately at long distances both on the plains and in the woods. The shot load is low. The recoil is smooth when firing, and the appearance is elegant - an excellent choice for women. The Beretta Whitewing and Beretta Blackwing models, available in twelve- and twenty-gauge, can be considered independent shotguns, differing from each other in the color of their casings. Their originality lies, for example, in the matching of the barrel and stock. Interesting is the 12-gauge models with an eighty-nine-millimeter chamber for powerful cartridges with a high shot load, such as the Beretta 686 Onyx and Onyx Pro and the Beretta 686 Silver Pigeon S. It is important to note that the chamber is designed to shoot steel shot cartridges. These are very heavy rifles, weighing more than three kilos, with solid recoil, and are intended for goose hunting. The Beretta Ultralight is a lightweight rifle with titanium inserts in the firing pin area and guide rods mounted on the walls of the ejection block. Incidentally, the Beretta Ultralight SR is produced from this range with a sixty-twenty barrel block, in which the lower barrel has small rifling to fire a special caliber bullet. The company's particular pride is a range of sports and survival weapons that can fire tens of thousands of rounds. For this, the company introduced many innovations, such as replaceable inserts on the sides of the stock and a removable trigger and percussion mechanism.

During the Olympic Games in the 1980s, a competitor won his first gold medal with the Beretta Sport Vertical. This was followed by numerous gold, silver, and other awards at world championships and other sporting competitions. The Beretta ASE 90 sporting rifles and the Beretta S682, S686, and S687 12-gauge shotgun series for trench shooting, rimfire, and sporting events. The barrels are equipped with ventilated and rifled sights and removable stocks, sometimes with an adjustable top ridge. The Beretta DT10 Trident, in its basic version, is used for trench shooting. To commemorate the Beretta 682 Trident, the company decided to produce a commemorative batch of fifteen Beretta 682 Trident live-weight rifles. Each piece features an elegant gold-plated shield with a memorial inscription and name.

The turn of the last century brought the company unprecedented success and recognition. In the late 1980s, the US military decided to replace the obsolete Colt M.1911A1 military pistols and Smith & Wesson M.15 revolvers.

A program called the Joint Service Small Arms Program was created to create and select the best small arms and personal ammunition. Of course, no one would have imagined at the time that the US military could be armed with a weapon produced outside the United States, where imported guns could be standardized in the army. Nevertheless, the Beretta 92 F pistol won the third round of the competition, in which the world's leading gun manufacturers participated. The Beretta 92 F pistol features an improved grip, a modified magazine, and an enlarged trigger guard that allows shooting with both hands and while wearing gloves. The safety and magazine release buttons are located on the left and right sides of the pistol, making it easy for both right- and left-handed shooters. In addition to the chrome-plated barrel, Teflon coating is applied to both sides of the weapon, and the magazine catch is painted on the outside with Teflon coating. The safety and magazine release buttons have been retained on both sides of the rifle for ambidextrous use. After the official acceptance of the

After the Beretta 92 F was officially adopted as the standard pistol for all branches of the US Army, the contract was signed, and new problems began to emerge. Local gunsmiths started to come forward. On the initiative of Smith & Wesson, the US Congress, after three years, authorized the retesting of three pistols: the Beretta M. 9, the Smith & Wesson M. 5904, and the Ruger P85. Once again, the Beretta M. 9. Subsequently, the gun proved its worth in many combat situations and weather conditions. Today, it is the most widely used personal weapon in the field of self-defense.

Reliability, quality, centuries-old tradition, comfort, performance, the ability to identify and apply new technologies, to fight for markets without losing quality at absolutely democratic prices: all this is the Beretta product. A company that has made itself working for us. Every Beretta rifle and pistol is not just a question of mechanical perfection, balance, and reliability. It is also the beautiful exterior design that makes each product a work of art.