Benelli Arms: an Italian company with a worldwide reputation 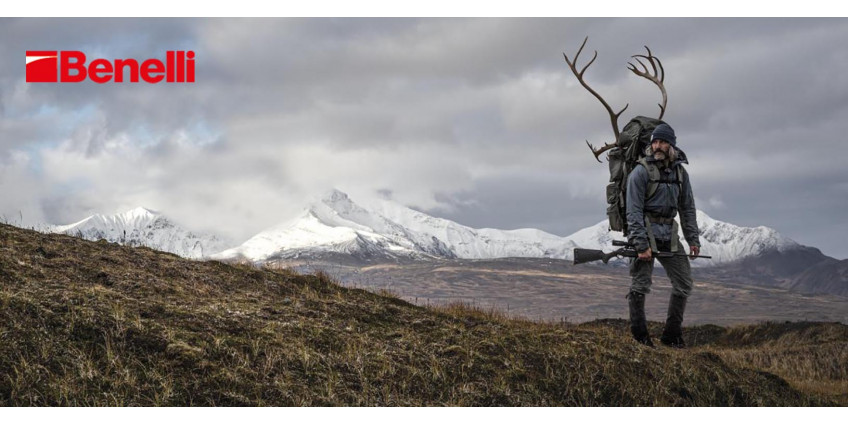 All Italian weapons are renowned for their practicality and excellent reliability, are the fastest-firing ones. Therefore they deserve attention from hunting enthusiasts. But it is especially worth noting the products of Benelli. About this company and its range that will be discussed in our article.
Benelli Armi is present in 74 countries on five continents, from Europe to the USA, from Canada to New Zealand. All major countries have a specific commercial structure capable of providing clients with products and technical services stably. In the USA (the central market), the company has a direct sales subsidiary.
Benelli Arms is the highest quality craft, modern design, reliability. The company strives to offer the market various innovative solutions, delighting fans with regularly released new products.

A brief history of the company.

The Benelli brothers, who first opened a motorcycle factory, founded Benelli Armi in Urbino, Italy, in 1967. In this way, the brothers wanted to express their passion for hunting. Thanks to excellent intuition, Benelli realized that the development of weapons business would follow the path of creating a multiply charged weapon and developed a hunting rifle capable of firing five shots in less than one second.

The decision to enter the arms market for the Benelli family was not a random choice. The reason for this was the appeal to them by the inventive mechanic from Bologna, Bruno Cilovani, who showed them a 12-gauge semiautomatic shotgun with an original kinematic reloading mechanism. It all started with this fateful meeting. The Benelli family believed in the project, which brought the company great success and enormous financial benefits. In 1969, two years after the company was founded, the arms trading companies received the first Benelli Armi System shotguns.

The main advantage of Benelli Armi was precisely in the fact that at a time when the resources of new inventions in the development of hunting rifles were at a minimum, the company was able to make a genuinely revolutionary sample of weapons and, most importantly, competitive in its consumer qualities and characteristics.

Hunters from many countries who have purchased well-known models of self-loading rifles from other companies have appreciated the company's products, including Benelli Ammo. There is an opinion among experienced hunters that it is a matter of honor and prestige to replenish their arsenal of the Benelli gun.

The powerful weapon of the company.

Benelli Armi weapons are ISO 9001 certified, confirming high-quality standards from the first design stages to after-sales service. In addition, some Benelli models are certified according to all NATO standards and received AQAP certification.
Although,  the most important indicator of work is the level of consumer demand and the satisfaction of the needs and wishes of hunters, sports shooters, and representatives of law enforcement agencies of various countries. The range of products is mainly semiautomatic shotguns with an inertial reloading system, pump-action, and combination shotguns, M4 gas-operated military shotguns, and Argo self-loading carbines.

It should be noted that the world night vision manufacturers, of course, offer night vision equipment that goes well with Benelli guns. The same can be said about the thermal imaging device: all accessories (thermal vision rifle scope or thermal monocular) can be successfully combined during the hunt. Benelli Armi has developed a wide range of hunting weapons. Of the shotguns, the Benelli M2 and M3, and M4 models are popular. Let's consider some of the models in more detail.
The Benelli M2 is a self-loading shotgun with an inertia mechanism recommended for hunting birds. Minimal recoil and lack of toss when shooting is its main advantages.

The Benelli M3 model is a lightweight gun, where reloading is possible automatically (due to an inertial system) and in manual mode - with a pump method.
The Benelli M4 is the company's first self-loading shotgun with a gas vent system and is considered one of the best shotguns in terms of reliability and performance characteristics.
Among the semiautomatic shotguns, hunters are in great demand for the Benelli Raffaello and Benelli Comfort. In addition, for night hunting, it is recommended to add a modern optical device to such a gun, such as night vision devices, which amplify weak light and work by analogy with a cat's perception of light.

Benelli Raffaello is a semiautomatic inertial weapon. The reloading system works through kinetic recoil energy, which provides several advantages over systems operating on the principle of barrel rollback or propellant gases removal since it minimizes barrel vibration and does not become contaminated by powder combustion products.
Another positive feature of the Raffaello line is its simplicity of design, which provides exceptional reliability in operation and ease of disassembly and maintenance.

Let's pay special attention to the Benelli Comfort self-loading inertia shotgun. The model is equipped with the patented Comfortech System recoil reduction system, thanks to which the barrel tossing and the time for preparing a second shot were reduced. Buttpads-shock absorbers here are produced with the expectation of both right-handed shooters and left-handers. Of course, a gun cleaning kit is usually part of such a purchase.
Today "Benelli Armi" produces several types of hunting weapons that are in great demand among hunters worldwide. The company's feature, of course, is the inertial reloading system, but Benelli also produced several models of weapons with gas and pump systems.

Hunting at night is an exciting activity for the most adventurous and curious. Previously, animals were hunted only when the moon was full to have at least some chance of success. The modern arsenal of night-hunting devices makes the target tangible even in complete darkness. Hunters often have a question about what kind of night optics to buy. Today, there are many night sights, observation devices, and even attachments for optical companies on the market.

Night vision devices (NVDs) are called devices explicitly designed to be able to observe in the dark and in low light conditions. The essence of the work of such devices is to transform the invisible into the visible and provide this picture to the observer. This is possible thanks to the display of infrared radiation.
As for the classification of night vision devices, they are active (developed on the technology of using the infrared spectrum), passive (these devices do not need illumination, they work in night light and natural light), and active-impulsive (they work on displaying short light pulses).
The variety of shapes for various applications of NVD allows you to choose the most convenient option for yourself: NV scope, night vision monocular, night vision goggles, or night vision rifle scope.  Recommendation: when choosing a night vision device, give preference to world-renowned manufacturers because such companies offer quality products, warranty, and post-warranty service.

Two main features can be distinguished in all Benelli's weapons products (self-loading shotguns, carbines, and sports pistols). First, Benelli's weapons are characterized by quality, reliability, and durability. Secondly, its appearance is functional, aesthetic pleasure, and has stylish outlines.
Such parameters even turn a good gun into an excellent one. These characteristics explain the considerable interest in Benelli weapons among hunters from different countries, regardless of their solvency, hunting experience, age, gender, etc.