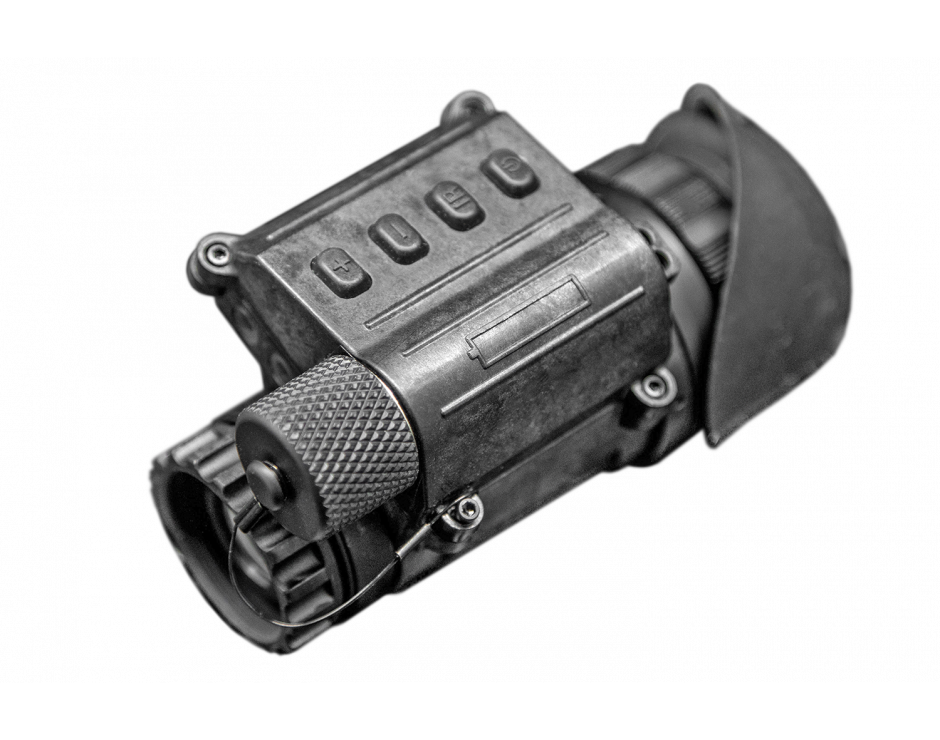 AGM PVS-14 OMEGA SKD Kit is a set of parts required to assemble PVS-14 OMEGA night vision monocular. The kit does not include Image Intensifier Tube. It is not a functioning system and has no capability to be used during the day or night without further assembly and alignment. AGM PVS-14 OMEGA SKD Kit (no IIT) is sold under AGM OEM program to authorized manufacturers who are certified in assembly of electro-optical devices. The AGM PVS14-OMEGA operates with just 4 controls, similar to the AN/PVS-14: one button for power on/off, one button for turning on and off the IR LED, and two switches (+/-) for raising and lowering the Gain Control. The PVS14-OMEGA has an extended field of view. Its 51° FOV covers a large visual range, without requiring the operator to shift the position of the device.